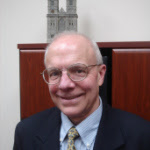 W. Gary Crampton is one of, one suspects, a scary number of people with a certain view of the relationship between religion and science. Crampton is associated with The Trinity Foundation, which also has something to do with John Lofton but is run by one John R. Robbins (who seems to be an enormously prolific producer of unhinged bullshit). They seem to have an annual “Christian Worldview Essay contest”, an opportunity for kids to write blithe, sheepy-eyed praise of the monstrously delusional Calvinist theologian Gordon Clark (famous as the main defender of presuppositional apologetics, who claimed single-handedly to have refuted all of philosophy and all of science; therefore the Bible is inerrant.

In any case, this is Crampton’s background, and he seems to be a fair representative of the tradition with his essay “The Biblical View of Science” (discussed here). His view of science is, fundamentally, that science “does not explain how the laws of nature work, nor does it accurately define or describe things. Science does not discover truth; it is a method for dominating and utilizing nature.” Why not? Well, Crampton claims that the problem of induction shows that scientific knowledge is impossible, and notes that since observation is sometimes unreliable, scientific knowledge is never certain, hence science doesn’t provide truth, hence scientific claims obtained by experiment and observation are always false. Instead “[t]ruth is found in the Scriptures alone; the Bible has a monopoly on truth. It is God's Word that must be believed, not the experiments of men.” Spotting the flaws in Crampton’s argument is left as an exercise (that he seems not to know what ‘truth’ means is only a symptom). To end it with a flourish, Crampton quotes Robbins: “Science is false, and must always be false. Scripture is true and must always be true. The issue is as clear, and as simple, as that.”

Diagnosis: Apparently progress got off the rails with Plato. Good thing Crampton and Robbins are there to tell us how to get epistemology back on track,far from the Satanic blind alleys of careful observation, science, induction, reason, justification, rationality, critical thinking, knowledge, reality, confirmation, accuracy, veracity, experiments, logic, evidence, or truth.
Posted by G.D. at 4:42 AM