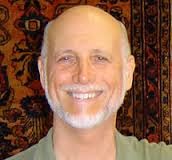 Lloyd Pye is a crank’s crank who has received some renown through his particular take on the ancient aliens bullshit.

His basic idea is that some alien race, the Anunnaki, came from the planet Nibiru originally to terraform and populate Earth for their own reasons – later on, they returned, and through genetic manipulation they created the humans. The idea apparently came from translating and interpreting ancient Sumerian texts. Pye thinks these aliens are responsible for the megalithic structures around the world, the growth and advancement of Sumer, the domestication of plants and animals, and supposedly strange flaws in human DNA, such as – apparently – the “fact” that humans only use 10% of the brain. Yes, that is the level of scholarship at which Pye’s writings are pitched, and they are deeply indebted to the illuminating works of Zecharia Sitchin and Erich von Däniken.

Since he believes that humans were the genetically engineered creation of aliens, Pye rejects Darwinian evolution. Instead, he favors what he calls “Intervention Theory.” To bolster the case for his own theory he recycles plenty of creationist talking points, including their ramblings on Neanderthals, which according to Pye must have been either apes orhumans. He also argues that scientists are in a conspiracy to cover up the origins of chromosome 2 in humans (the reason why humans have 23 chromosome pairs and apes have 24), though he does not engage with the rather substantial literature on that topic. And to Pye, any gap in the evolutionary story proves that aliensdidit. Whale.to has promoted Pye, and that’s the place to go if you wish, for whatever bizarre reason, to read his article “Darwinism: A Crumbling Theory” (no link provided).

Pye is the proud owner of the “Starchild skull” – a 900-year old deformed human child’s skull found in Mexico that he claims is a human–alien hybrid, despite the fact that DNA testing has revealed that the child is human and probably suffering from hydrocephalus – Pye has a response to that hypothesis, however: it is really “fusion” of human and alien DNA. To make sure his view is as ridiculous as it could be, Pye also claims that fibers found on the skull are possibly the result of Morgellons.

He is in general a fan of cryptozoology as well, in particular the cryptozoology of “Hominoids”, such as Bigfoot and the Yeti. Proof of their existence? “The key point to make about these animals,” according to Pye, “is that such names simply would not exist if the creatures they are meant to describe did not exist.”

There is a decent Lloyd Pye resource (from which I stole much of this information) here.

Diagnosis: Astonisthingly consistently wrong about absolutely everything – yet he appears to have something of a fanbase. Probably rather harmless nonetheless in the big scheme of things.
Posted by G.D. at 12:39 PM