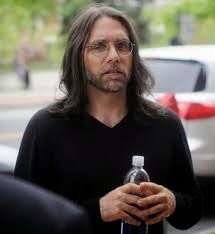 Keith Raniere is the founder (with his associate Nancy Salzman) and leader of NXIVM, an organization in upstate New York frequently referred to as a cult because that is precisely what it is (there is a nice, though a bit “neutral” report on the group here). NXIVM is formally a company offering “Executive Success Programs”. The training uses a technique called “Rational Inquiry” to facilitate personal and professional development, as well as various techniques generally described as “manipulative”, in particular their “Exploration of Meaning” (EM) counseling sessions – Rick Ross, a New Jersey-based cult tracker sued by NXIVM (one of many) for trade secrets violations because he exposed some of its techniques and posted critiques by a psychologist and a psychiatrist (the case is here), described the EMs as similar to the auditing done in Scientology. During seminars, students must refer to Raniere and Salzman, as “Vanguard” and “Prefect”, respectively. Dissenters, on the other hand, are generally labeled “suppressives”.

As with self-help cults in general, the cost of attending NXIVM seminars and training is pretty steep, especially in light of the fact that what they teach you is equivalent to what you’d get in a vapid $9.90 self-help book ($ 0.01 plus postage if bought used on Amazon).

There is a fine NXIVM resource here.

Mark Vicente is a prominent member.

Diagnosis: Ok, so it is not entirely unlikely that Raniere is anything but a loon (David Miscavige seems an apt comparison), but an Encyclopdia of Loons won’t be complete without an entry on NXIVM, so there you go.
Posted by G.D. at 10:22 AM