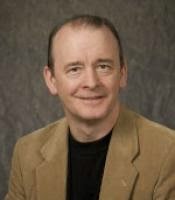 Fred Skiff is a professor physics at the University of Iowa, so he is a real scientist. He is also a creationist and signatory to the Discovery Institute’s A Scientific Dissent from Darwinism. Of course, his area of expertise is not even remotely related to questions about evolution. He stills feels competent to reject scientific work outside of his area of expertise when it doesn’t line up with what he thinks it should line up with. Which, of course, is what makes him a crackpot.

His lack of expertise is brutally displayed in his inability to draw even basic distinctions. For instance, here he equates evolution with materialism and atheism, trying to make it into a question of philosophical outlook – completely unperturbed by the fact that evolution is, you know, backed up by evidence. But that’s pretty much his complete line (apart from conflating evolution with abiogenesis and dismissing “macroevolution” as “overly reductionist”). The idea that scientific theories might turn on questions of evidence does not seem to occur to him, making one wonder about the quality of his own research. Oh, and there is also a conspiracy. You see, biologist just wants to make dissent illegal and throw dissenters in jail.

Diagnosis: Major crackpot, who completely fails to understand even the basics of scientific methodology. It is sort of uncanny that one may be able to get a position like his in academia without apparently having the faintest clue about this, something that Skiff has shown again and again that he hasn’t.

Skiff is fond of the Worldview gambit, the idea creationists and biologists come to different conclusions because they start with different basic assumptions (e.g. spirituality v. materialism). First question: Are these basic assumptions completely arbitrarily chosen? If they were, then any background assumption would work equally well, and any worldview be equally good. But that, of course, is obviously false. Worldviews entailing that eating lead is good or the Earth is flat don’t work equally well. So the choice of worldview cannot be completely arbitrary. And if it is not completely arbitrary what worldview you choose, that must mean that there is some way of evaluating worldviews and judging some to be better than others, right? And that simple observation, that there is some way of doing so, is really the pitiful end of the worldview gambit. Now we just have to figure out what those criteria are. And there are some good ones available: empirical testing of the predictions, and explanatory power, for instance (the problem with Goddidit arguments is not that they are false but that they don’t explain anything even if they were true; what we need from an explanations are the whys and hows and wheres and whens, and any explanatorily worthwhile answer will tell us why something is the case rather than something else; in short, it yields predictions, and those predictions can at least in principle be tested in one way or another). Observations thus far have made a pretty good case for evolution and, indeed, for methodological naturalism. And if Skiff is worried about naturalism, all he has to do is to figure out a prediction that non-naturalism makes and that naturalism does not, and then test them against this prediction. Skiff hasn’t done that. At present his complaints are all arguments from feeling uncomfortable with evolution. It has nothing to do with “basic assumptions” or worldviews, but everything to do with denial.

Of course, Skiff might also try to deny that the difference in worldviews is anything that can be settled in terms of observable differences. But in that case, what on Earth is his objection to evolution supposed to be? Descartes’s dream argument? Or its close cousin, the omphalos hypothesis?
Posted by G.D. at 10:30 AM