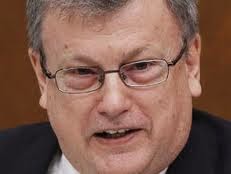 Diagnosis: Religious fundie denialist. He seems to be more or less out of the picture now, but he should really never have come anywhere near any position of power at all in the first place.
Posted by G.D. at 9:30 AM