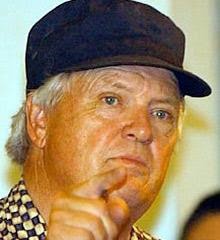 Diagnosis: He does at least follow a rather standard pattern of rationality-related morbidity associated with paranoia and conspiracy theories, and there is little risk that his views will become mainstream anytime soon. But he has enough followers to make him dangerous.
Posted by G.D. at 12:19 PM