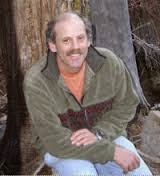 Matthew Stein is an engineer and contributor to Huffington Post. Stein might know his engineering, and much of what he writes on environmental topics is sensible (though it veers on the sensationalist), but when his writing veers into issues of medicine his engineering background is not sufficient to avoid being stupid, and Stein does, in the end, seem to have a tenuous grasp of science and critical thinking. His area of alleged expertise is apparently disaster preparation and management, and he has written a couple of books on the topic (When Disaster Strikes: A Comprehensive Guide for Emergency Planning and Crisis Survival; and When Technology Fails: A Manual for Self-Reliance, Sustainability, and Surviving the Long Emergency). Does his output manage to rise above standard survivalist nonsense?

Well, his Huffpo contributions don’t suggest so. For instance, in a post entitled “When a Superbug Strikes Close to Home, How Will You Deal With it?” (discussed here, and in more detail here) he – after some scare tactics about superbugs – went on to recommend “many alternative medicines, herbs, and treatments that can be quite effective in the fight against a wide variety of viruses and antibiotic-resistant bacteria, to which mainstream high-tech Western medicine has little or nothing to offer.” Or, in other words, there are lot of cures they don’t want you to know about because relying on evidence and science is apparently a matter of close-minded, conservative groupthink and therefore wrong by the Law of Conspiracies. He even suggests homeopathy as an answer.

Diagnosis: Though medical science isn’t Stein’s main topic, he surely is an anti-science crank, which should affect his credibility on other topics he writes about as well.
Posted by G.D. at 10:34 AM