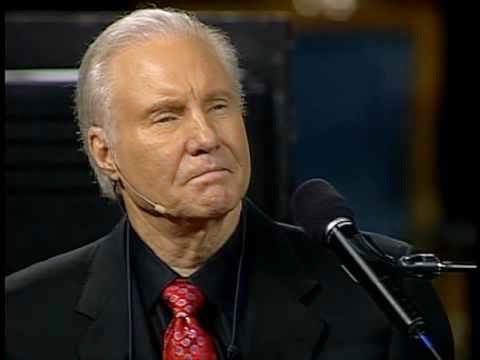 I suppose there is no way to get around an entry for Jimmy Swaggart, the “true man of God” who enjoyed immense popularity in the Bible belt in the 90s and immense fortunes through contributions to his Family Worship Center and Bible college before being caught in the act, then trying to repent, then being caught in the act again (this time replacing repentance with “The Lord told me it’s flat none of your business”). The story is nicely told here. That should have been the end of his rule. In fact, Swaggart continues to televangelize to this day, although his powers and influence are greatly diminished. His son Donnie Swaggart now runs what is left of the ministry with his dad making the occasional appearance, while his wife Frances runs a conspiracy-filled radio program apparently deeply inspired by Glenn Beck (but slightly less well hinged to the extent that is possible).

But is he a loon? Well, we can run a standard test: What are Swaggart’s views on science? “Evolution is a bankrupt speculative philosophy, not a scientific fact. Only a spiritually bankrupt society could ever believe it. Only atheists could accept this Satanic theory.” What about social issues? “Sex education classes in our public schools are promoting incest.” But equality, then? “I’ve never seen a man in my life I wanted to marry. And I’m going to be blunt and plain: if one ever looks at me like that, I’m going to kill him and tell God he died.”And his view of himself? “If I don’t return to the pulpit this weekend, millions of people will go to hell.” But at least he avoids conspiracies? “The media is ruled by Satan, yet I wonder if many Christians fully understand that.” So there.

Diagnosis: For our purposes it is sufficient to note that Swaggart is yet another denialist fundie who consistently let wishful thinking trump reality, science and evidence, and let’s leave it at that.
Posted by G.D. at 11:33 AM