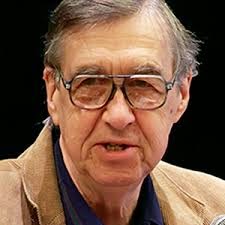 Charles T. Tart is a psychologist and parapsychologist best known for his work on lucid dreams, astral projection, LSD, marijuana, and ESP. He is currently a Core Faculty Member at the Institute of Transpersonal Psychology (Palo Alto, California) and a Senior Research Fellow of the Institute of Noetic Sciences (Sausalito, California), as well as Professor Emeritus of Psychology at UC Davis.

His early work was concerned with altered states of consciousness (ASCs), particularly as induced by various drugs (he also wrote this). Tart, who believes that Yoga and Zen had long been tapping into ASCs, took there to be something mystical or spiritual – superior or higher – about these altered states of consciousness. Indeed, according to Tart, ASCs are a gateway to a higher consciousness, to the realm of the paranormal and the spiritual. He hastens to assert that “[t]here was a time, years ago, when I was highly skeptical of any paranormal claims of any kind,” but he came to change his mind because … well, because of curious personal experiences easily explained without invoking the supernatural but for which a supernatural “explanation” appealed more to him. “What you make of [these stories] depends very much, I think, on your prior convictions,” says Tart, and uses that as a blanket permission to interpret them any way that suits his mood.

Tart is, in fact, somewhat more dogmatic than parapsychologists in general, and has stated that science has confirmed the existence of remote viewing, psychokinesis, precognition and ESP, even though these claims are false (though Tart has rather systematic problems with understanding basic methodology), and usually counters objections by claiming that “materialistic skeptics” ignore the data (rather than, you know, pointing out methodological flaws in the process of obtaining those data).

Indeed, Tart is – like Deepak Chopra – a vocal critic of materialism and “material science”. He even calls parapsychology “essential science”, and science that denies the non-material realm is “scientism.” He is the author of the book The End of Materialism: How Evidence of the Paranormal is Bringing Science and Spirit Together (2009), which is substantially reviewed here. As the review (R. Carroll) puts it, the book “is written as if there is no need to prove the existence either of psi or of spirits. It is written for those who already reject materialism, accept the reality of the paranormal, and don’t really care one way or the other what science has to say about either.”

Now, to understand where he is coming from it is worth noticing that Tart’s definition of “science” is rather different than the rest of the scientific community, and much of the arguments in the book rest on his deep interests in Buddhism and spirituality, making it clear these things give him a bias toward favoring the paranormal data he reports on. Most of the data he reports on are made up of personal reports or testimonials, often well-known and already much-discussed cases (including Hal Puthoff and Russell Targ), which to Tart apparently counts as scientific proof.

Even though he is a psychologist, he rejects established psychological explanations for paranormal phenomena, and plumps instead for the idea that people can remote view out of their physical bodies into the past, present, and future and that people can predict future events. It is, however, a bit difficult to reconcile his claims that psi is real, that it is non-physical in basis and that is does not operate to known scientific laws, but has nevertheless been proven by science in repeatable experiments – one almost suspects some wilfull compartmentalization going on.

Tart himself has complained about the difficulty in getting funding for research into parapsychology, suggesting that inherent bias among scientists is the cause (oh, yes, the appeal to conspiracy instead of the more obvious explanation that Tart’s claims are completely unsupported and his research methodology patent nonsense). Of course, when making these complaints he neglects to mention that he spent a year developing a curriculum and teaching as the director of Robert Bigelow’s endowed Chair of Consciousness Studies at the University of Nevada at Las Vegas. Bigelow gave nearly $4 million to UNLV in 1997 to investigate such subjects as dreams, meditation, hypnosis, out-of-body experiences, telepathy, and the ever-popular subject among college students, drug-induced altered states of consciousness. One may wonder why One wonders why Tart, instead of using some of Bigelow’s money to do the large-scale studies he complains about not being able to do because of lack of funding, apparently decided to use the money to promote what he already believed to be true.

His book The End of Materialism is also notable for endorsing the ravings of fraudulent mediums such as Eileen Garrett and Leonora Piper.

Diagnosis: Wishful thinking taken to extreme levels – and Tart even seems to admit as much on occasions. But he has no evidence for his conclusions, unless you – as Tart seems to suggest – redefine “evidence”.
Posted by G.D. at 10:57 AM