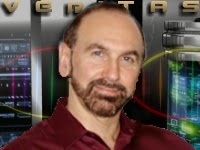 Though the existence of the Montauk project is disputed by reality, Stewart Swerdlow is pretty convinced otherwise. Swedlow, according to his own testimony, participated in the experiments, variably led by an apparently undead Nicholas Tesla and a “reptilian/Draco”. According to Swerdlow “the name ‘Draco’ is actually the name of the star system. It is the whole area of the reptilian races. The reptilians were heavily involved in the Montauk project. At Montauk there was a very tall winged reptilian. He was very, very powerful. The reptilians are tired of living hidden lives and they are very anxious to become public once more as they have been in the past. In order to do that they are literally blitzing the media with reptilian like programmes and shows, especially for children, and they are preparing adults through electromagnetic transmissions for the public appearance of reptilians. One of their biggest weaknesses is that they are not very spiritually minded – they don’t have a lot of psychic ability – and they rely a lot on technology and controlling others with technology. The biggest threat to them is people having control of their own minds.” Hah, I always thought there was more to He-Man and the Masters of the Universe than met the eye – it is almost like it was a documentary.

According to Al Bielek’s of Swerdlow “[i]n 1983, when the Montauk Station was destroyed (however later built), Stewart went into a tailspin. He believes the station had a lock on him and in some sense controlled him. When the lock was released, he lost his identity. Over the last 17 years, Stewart has been working hard to successfully regain his identity. He was put in Federal Prisons to persuade him not to talk about his past. What is unique to Stewart is that he never lost his memories of his experience at Montauk.” No, no one has managed to make Bielek see the incoherence of that description, but what did you expect, really?

Other survivors of the Montauk Project, according to themselves, include Larry James, who was in charge of the operations of the Time Control program, and got away by transferring “his ‘soul’ into another body”; Bielek and Preston Nichols, whom we have already covered; Duncan Cameron, a time travel survivor who, during one of the experiments, “lost his ‘time lock’ and began to age one year for every hour that passed [oh, wheee]  – the time engineers at Montauk went back in time (to 1950) and convinced Duncan’s original father, Alexander Cameron to sire another son; when done, they removed Duncan’s soul and put it into the new child, [and] his person is who we know today as Duncan Cameron;” and the now-deceased Phil Schneider, one of three people to survive the 1979 fire fight between the large Greys [yeah, those are Whitley Strieber’s Greys] and U.S. intelligence and military forces at Dulce underground base.

Apparently David Icke – or some of his followers – seem to think that Swerdlow is still working for the reptilians/government: “Do not use any of the deprogramming or hyperspace archetypes that stewart gives you, especially not the merger, tbar, or circle with a dot inside, and definitely not the chakra exercises he gave you. They’re designed to open up people to ELF and other electronic bombardments. Do not use his oversoul/higher self method because that’s an occultic symbol that opens you up. His merger is actually the hand of eris or goddess of chaos. He gives legit symbols that can hijack your aura,” said one. “Three people told me Stewart Swerdlow was programming them in their dreams. His best customer, his old website astrologer, and even web designer were all affected,” said another. Here are some further complaints regarding Swerdlow. So there is that to ponder as well.

Diagnosis: When people on David Icke’s forums start calling you crazy you ought to have a long and serious look at the way your life has turned out. But, of course, “x is crazy” on a David Icke forum reliably turns into “x is a dangerous double agent for the government” in at most three posts.
Posted by G.D. at 11:30 AM