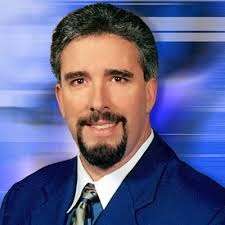 Perry Stone is yet another flaming fundamentalist. Director of the ministry The Voice of Evangelism, Stone is – unsurprisingly, and for every reason and none – convinced that we are currently living in the end times. Even RaptureReady finds him to be on the extreme side of things (partially because of his ventures into Bible code-related speculations). You can read some of his rantings – Stone likes to present himself as a prophecy expert because, well, he sometimes feels as if certain prophecies might come true at undetermined points in the future – in The Voice of Evangelism magazine and listen to his weekly telecast Manna Fest. You can even see him teach you how to interpret your dreams and visions on youtube, though I won’t link to that; we have standards. And yes, Stone does dismiss evolution as the “opinion” of secular know-nothings. That may, of course, be because evolution is not based on the kind of evidence that Stone himself seems to favor – vague dreams, visions and unsupported assertions.

Diagnosis: I can’t be bothered too put in too much effort detailing this idiot. Standard fundie. Moderately dangerous.
Posted by G.D. at 11:09 AM