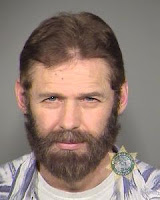 Whale.to stalwart Fritz Artz Springmeier carries the dubious honor of being one of the most hysterically insane loons in our entire Encyclopedia. He is a well-known conspiracy theorist and religious right wing activist. That combo spawns some interesting ideas, such as the notion that satanic forces are behind a move toward world domination by various families and organizations. And he is associated with the violent extremist group the Army of God, which we have encountered before) – he has even been convicted of armed bank robbery in support of the group, and for planting a bomb in an adult video store (a perfect opportunity for his fans, including Ken Adachi, to see a conspiracy here). There are shades of a budding David Koresh in Springmeier, in other words.

Springmeier has written and self-published a number of books based on the ideology of the ultra-right-wing group the Christian Patriot Association (which was shut down in 2002 after convictions for tax fraud and tax evasion). Springmeier has vigorously defended the veracity of Project Monarch, allegedly a CIA mind control project, with most of his defense being based on the testimony of the legendary Cathy O’Brien in his book “Deeper insights into the Illuminati Formula”. According to whale “[t]he book was coauthored with former Illuminati programmer Cisco Wheeler”. You can find Springmeier & Wheeler’s rantings online here. Wheeler’s credentials remain unverified.

Springmeier’s earlier “The Watchtower & the Masons” argued (by garbled insanity) that there was a strong relationship between Jehovah's Witnesses and Freemasonry (and hence conspiracy). His writings on the Illuminati are focused on the 13 families (“bloodlines”) that purportedly run the whole thing. Oh, and they are Satan worshippers who engage in mind control, for instance electric shocks, to make “porn slaves”. Indeed, they control the government: “George Bush’s double was promiscuous, while George Bush is a pedophile. His double was living in France after Bush was no longer President. By the use of doubles, (or one of the synthetics or organic robotoids) the elite are able to sneak away and perform satanic rituals.” Furthermore: “On important points, Bill [Clinton – this is a rant about his speeches] will move his left hand, to help imbed certain commands to his viewers. He will also use some subtle hand signals/codes to trigger mind-controlled slaves too. He will ask during his talks for people to imagine or visualize what he wants for them. Again this is manipulation directed at the right brain.” And they have agents everywhere, including Simon Wiesenthal (“One of the men who betrayed the human race and helped with the cloning […] a US intelligence [… who] seriously hunted Nazis that were not on the CIA’s payroll or CIA associated groups”] and Jim Morrison (“The Doors Singer, [who] used the occult code name Lizard King and The Exterminating Angel, […] was involved with mind control”). Satanism is rampant: “There are some locations, for instance, two entire towns in southern Utah […], which are entirely programmed multiples [… and] caught up in secret satanic rituals [and] also have occult mind-control programming along with those rituals. […] This is in fact, where the entire world is headed very rapidly.” [The punctuation is Springmeier’s]

Among the arsenal of mind controlling techniques deployed by the government are acupuncture and osteopathy (I suppose getting scientists to write it off as inert woo is part if the agenda). Springmeier is also a believer in phrenology and iridology, though he is pretty scared by it: “By looking at the skull and head, the skin, the body tone, the eyes, and other areas, the practitioners of Structure/Function can accurately tell a person’s personality”. Furthermore “[t]here is no doubt that Chinese martial arts are being used to mug people in order to alter their thinking.”

But then, Springmeier’s ventures into neurology contain some idiosyncracies: “[…] the human brain is actually 7 brains. The 4th or mid brain that lies between the upper 3 brains and the lower three and functions as a crossroads, joins with the optic thalamus, which forms the floor of the 3rd ventricle. The ceiling of the 4th brain is the floor of the 3rd ventricle. The 3rd ventricle and the Cave of Brahma make up the 5th brain. The 5th brain is connected to the cerebral hemispheres of the Cerebrum and is critical to creating concepts and storing abstract concepts. It feeds on ideas, and reflects. (Marijuana activates this brain)”.

He also takes anti-elitism to a whole other level: “It is an attitude of elitism that allowed the Pharisees to crucify Christ, the Nazis to kill Jews, and Moslems to kill Hindus, etc. […]” Elitist values are instilled in us in schools, in the military and so on. Springmeier, however, takes the process to be rather literal (physical): “The memories of our bodies are buried within the cells of our bodies […] Cellular level body memories are way beyond the grasp of the consciousness. Buried into a deep unconscious repression are the body memories of the social values (elitism).” Oh, and don’t watch TV: “The all pervasive Television, which has been so common place in the lives of Americans, is used a great deal to manipulate trauma-based mind-controlled slaves.”

You can read John S. Torrel’s not entirely coherent defense of/attack on Springmeier here (including the argument that the CIA is infiltrating church communities – all killing sprees related to religion, for instance, are performed by CIA-controlled mind slaves, and the purpose is to put freedom-loving Taliban fundies in a bad light, because fundamentalist Christianity is otherwise a threat to the Satanism of the CIA). Springmeier also has other detractors. In the words of one Marion Knox “I think he's a double-agent working for the other side [the Illuminati]”.

Diagnosis: Potentially another David Koresh/Jim Jones in the making? Not very influential but slightly scary nonetheless.