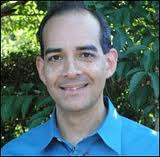 Richard Sternberg was an editor for the journal Proceedings of the Biological Society of Washington (affiliated with the Smithsonian Institute). In 2004 he approved for publication an article by Stephen Meyer: “Intelligent Design: The Origin of Biological Information and the Higher Taxonomic Categories”. Afterwards Sternberg came under fire for bypassing the normal peer-review process for the journal – understandably enough, since that was what he explicitly did to be able to contribute to the promotion of creationism by giving it a publication in a respectable journal. Equally understandably, the Council of the Biological Society of Washington issued a press release pointing this out (as well as the obvious fact that the paper was garbage).

No prize for guessing Sternberg’s reaction: “help, I am persecuted by the Darwinists for my religion” (yes, he even filed a religious discrimination complaint). He claimed that he received disparaging comments from colleagues at the Smithsonian (probably true, one hopes), was targeted to have his job removed and (a lie), had his keys taken away and lost his office (such twisting of facts that it must be considered a blatant lie). The full, accurate story is here. Sternberg also consistently pointed out that he was not an Intelligent Design advocate, which is – of course – also a lie.

His story subsequently made it to Expelled, which of course did not bother to fact-check it (come one: if they had been concerned with fact-checking there would never have been a movie). Neither did Indiana Congressman Mark Souder and his degenerate buddy Rick Santorum; follow-up here; also here. The Discovery Institute, no fans of facts themselves, often cites the Souder report as evidence that Sternberg specifically, and design proponents in general, are victims of persecution, and they have made some feeble attempts to defend Sternberg (West here; Luskin here). Oh, and of course WorldNetDaily threw their two cents into the debate with all the predictable garbled ignorance.

See more, similar cases of “academic freedom” here. Sternberg himself was after the incidents put on wingnut welfare, and is currently associated with the Discotute’s Biologic Institute.

Diagnosis: Paranoid, demonstrably dishonest conspiracy theorist and general nutjob. Like Guillermo Gonzalez, he is hardly dangerous himself, but the propaganda machinery at the Discovery Institute is doing its best to present his story in a manner that generates some real harm.
Posted by G.D. at 11:27 AM