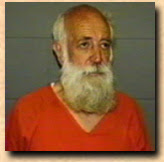 Brother Stair is a completely crazy radio preacher and self-proclaimed prophet who has appeared on numerous frequencies, and who panders every insanity anyone has ever associatred with fundamentalist, paranoid Christianity. He is, unsurprisingly, a Young Earth Creationist and Biblical Literalist, but he also rejects modern technology (radio apparently being an exception), modern medicine and all of science. He also rejects all religious holidays and demands that men wear beards, and so on – you get the general idea. On the other hand, he does promote complete isolation from modern society and all sorts of New World Order conspiracy theories.

Stair runs a cult in South Carolina and maintains stern control over his followers (they can allegedly engage in sexual activities only with his permission). The fact that he rejects medical interventions for his followers has – it seems – led to several infant deaths in his community.

To get an idea of where he comes from: Stair claims that every other Christian preacher (except William Branham) is a false prophet, since they didn’t manage to prophesize Hurricane Katrina and 9/11, which he claims to have done (predictably, no Stair prediction of either event can be dated to prior to said events). He did, however, get some attention when he predicted a nuclear war in 1988, and for his millennial predictions (God would come down with judgment at the start of the third millennium: “If the Lord God Almighty does not make a major move before the year 2000,” said Stair, “I'll tell God to go to Hell.” He didn’t do that).

Stair has, predictably, been arrested for (and plead guilty to) assault, battery and fondling of underage members of his community. But that, of course, comes with the job.

Diagnosis: Batshit insane. His base of followers is small, but Stair is a real threat to them and it is not entirely unlikely that he is already morally responsible for several deaths.
Posted by G.D. at 10:39 AM