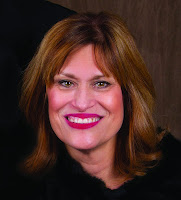 Leslee Unruh is a particularly unhinged pro-life activist (following her own abortion experience). She is also executive director of the VoteYesForLife.com campaign, founder of the Abstinence Clearinghouse, and a central lobbyist in favor of the Women's Health and Human Life Protection Act in South Dakota, the most restrictive pro-life law in the United States by March 2006. When it was overturned by the voters in a referendum, anti-abortion activists undauntedly amended the bill – which they view as a challenge to Roe vs. Wade – to include exceptions for rape, incest, and maternal health. Her “informed consent” law of 2005 requires South Dakota doctors to tell patients that abortion can cause depression and sterility, which is misleading at best, among other alleged side-effects. The law has circulated in the courts since then. Despite being a rather ardent activist, Unruh has no legislative or medical qualifications; she still got to draft a law governing the medical care of female patients in South Dakota. Her husband Alan Unruh, sits on the South Dakota Task Force to Study Abortions, whose job is to evaluate medical evidence and make recommendations on the needs for additional legislation governing medical procedures. Alan is a chiropractor. South Dakota is not currently in particularly good hands. More here.

Unruh’s lobbyism gained South Dakota $200 million in federal funding for teaching abstinence outside of marriage to public school students. When confronted with the fact that the state abstinence programs demonstrably do not work, Unruh responded that state programs are not true abstinence programs because they talk about delaying sexual activity, but not specifically waiting until marriage. Indeed, she dismisses the evidence for the futility of abstinence-only education rather out of hand, arguing that comprehensive sex-ed programs, particularly those which include discussions about sexual orientation and gender identity, are actually going to lead to the “self-destruction” of society and are “based on profound ignorance about human nature.” Identifying actual weaknesses with the studies she criticize apparently does not matter, for in Unruh’s mind “all the data” backs abstinence-only-until-marriage education. “Which data?” you may ask. And Unruh responds: “you know what, the church ladies are having the best sex.” Apparently “data” means “making up irrelevant shit on the spot.”

She is also the person behind the “Purity Balls” and the proud recipient of Randall Terry’s Operation Save America Malachi Award in 2006.

Diagnosis: Desperately blinded to anything resembling truth or fact by the tenets of her garbled crusade against sexuality, Unruh is quite effective at what she’s doing and must be considered dangerous.
Posted by G.D. at 1:06 PM