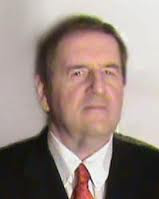 The happy couple of Todd Strandberg and Terry James, who are not more than business associates and good friends, run the website Raptureready, which is devoted to insane fundamentalist rants about the imminent endtimes. We have encountered many of their heroes already (from Joseph Chambers to Ron Graham), but they have gathered quite an archive – no Harold Camping, by the way, since Camping is obviously a fringe preacher according to Pat Robertson, one who is obviously “out there” compared to the host of serious rapturists Strandberg and James assembled.

At the Raptureready website you get daily news about the imminent rapture (absolutely hilarious spins on real news seeing pretty much everything as endtime signs, from “Peres continues back-channel meetings with Abbas” to “Analysis: Bond market rally may signal dark times to come”); an in-depth weekly commentaries column called “Nearing midnight” (they received some notoriety through a particularly tasteless take on the Imette St. Guillen case, as tasteless and self-righteous as only fundie articles can be); the “Rapture Index”; “Israel Watch”, run by one Jim Fletcher, author of the books “The Last War” and “It's the End of the World As We Know It” (he’s a publisher himself, so the quality control is relatively relaxed); “Interesting email” (pretty much the stuff that would be stuck in the spam folder of serious bloggers, though yes, some of those emails are indeed, uh, “interesting”); and a soapbox for reader submitted material ranging from the typically lunatic (this one from one Jack Kinsella) through lots of insane godbotting (this one from one Mike Taylor) to the absolutely hysterical, such as this one (Kinsella again), this one from one Matt Leasher, or this one from one Jason Lovelace. Ok, it is not a “range”, really. Grant Phillips’s Christmas rant is worth a read as well, by the way.

You also get the opportunity to donate money.

Fortunately Strandberg and James update the site pretty often, and there is always nice new material and articles to grab one’s attention there (retrieved June 3, 2011, is for instance a thought-provoking article on how we can recognize each other in Heaven, provided by the thought-provokingly named Daymond Duck). Heck, for completeness (this is a comprehensive Encyclopedia), we’ll throw in a couple of other regular contributors, with samples:

The website started up in 1995 so the “soon” part of “imminent” is already beginning to acquire some stretchmarks.

For the proper etiquette when dealing with this kind of people, go here, and for dealing with The RaptureReady crowd in particular, here.

Diagnosis: Hysterically demented dimwits; the virulent, ardent insanity of these guys actually make them a couple of notches more deranged than Harold Camping. While the rapturists in general retain some power in the US (and does a lot of harm), the impact of Strandberg & James’s project in particular is unknown.