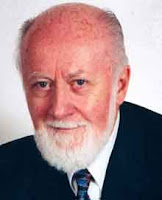 William A. Tiller is professor emeritus of Materials Science and Engineering at Stanford University, and famous for his appearance in “What the Bleep Do We Know!?”. His application for the movie is given in his 1997 book “Science and Human Transformation”, which postulates the existence of subtle energies, beyond the four fundamental forces, which act in concert with human consciousness (shades of Dr. Emoto). Yes, it is completely outside his area of expertise; yes, it is woo; and no, the evidence does not venture beyond wishful thinking, confirmation bias and the Galileo gambit.

Tiller claims to have discovered a new class of natural phenomena generated via these “subtle energies”, namely energies that manifest themselves in the practices of healers and other practitioners of the paranormal (it is basically chi). “Psychoenergetics” is Tiller’s term for the study of these energies in relation to the application of human consciousness, and he postulates a connection between both physical and nonphysical consciousness (yes, this is a metaphysical claim, and no, he did not engage with the literature) and natural phenomena. It is pure quantum woo, of course, without a shred of coherent evidence, and Tiller even mixes “information” into it.

Of course, the point is to find ways to heal you. Tiller claims (few traces of any knowledge of material sciences in here) to be able to increase or decrease the pH of water by a full pH unit by “intent”, and although he does apply chemical formulas in his papers I doubt people with basic knowledge of chemistry will be able to recognize what’s going on (he doesn’t always use chemical terminology with standard meaning, to put it mildly). The idea is discussed here. Tiller proposes: “A higher-dimensional-level substance, labeled deltrons, falling outside the constraints of relativity theory and able to move at velocities [faster than the speed of light and that acts as] a coupling agent between the electric monopole types of substances and the magnetic monopole types of substances to produce both electromagnetic (EM) and magnetoelectric (ME) types of mediator fields exhibiting a special type of ‘mirror principle’ relationship between them.” Words fail. Literally.

He has also explained that whereas “Existing orthodox science provides the technical underpinnings and mindset for today's orthodox medicine[,] Psycho-energetic science will provide the technical underpinnings and mindset for CAM.” Because CAM cannot be measured or justified by existing science. Or in short: science shows that my theories are ridiculous and unjustified. I deal with this by inventing a new "science" and accusing my critics of being close-minded.

The blooming field of tachyon energy healing, such as (the British) Nicola Quinn here, or Gene Latimer here, has apparently been profoundly influenced by Tiller’s work (e.g. here), though it usually adds some Tesla and more scientific illiteracy to the mix (after all, suckers who buy into Tiller will buy into anything). Tiller’s “research” has also been invoked in the explanation of the Q-link, and antivaxxer and homeopath Julianne Adams has presented offshoots of his musings at various antivaxx gatherings.

Tiller is currently Chairman and Chief Scientist of the William A. Tiller Foundation, devoted to his research on Psychoenergetic Science and Subtle Energies as well as being a retailer of his books and DVDs.

Diagnosis: Ultracrackpot and completely delusional woo-sponge, to the level where ordinary people might start to suspect fraud. But Tiller seems merely to lack any connection to reality whatsoever. People do listen to him, but it seems that those who do are pretty much lost to reality already, so it is debatable how much harm he actually does.
Posted by G.D. at 12:36 PM