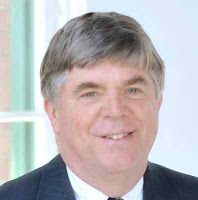 David DeWolf is a law professor (Gonzaga) and senior fellow at the Discovery Institute. In 1999 DeWolf, together with Stephen Meyer and Mark DeForrest, coauthored the 40-page booklet “Intelligent Design in Public School Science Curricula: A Legal Guidebook,” in which a strategy for legal cases involving teaching Intelligent Design creationism in public schools was laid out, claiming that Edwards v. Aguillard mandated “teaching a variety of scientific theories about the origins of humankind” subject to a “clear secular intent of enhancing ... science instruction.” If only ID had been a scientific theory, it would have been good to go, of course, but it isn’t so DeWolf and his gang needed a backdoor. The strategy they developed did not help particularly much in the Kitzmiller v. Dover case. In response to Kitzmiller v. Dover, DeWolf et al. whined that ID is a “valid scientific theory”, that the court should not have addressed the question of whether it was a scientific theory, and that the decision will have no effect on the development of ID as an alternative to evolutionary theory (the latter of which is of course true, since ID-ists were never in the business of developing a theory anyways but rather to get anti-evolution into schools). Their screeds are discussed here, and absolutely demolished here (note also the discussion of an amicus brief containing some rather astonishingly disingenuous claims authored by DeWolf for the case)

He – and in particular his ardent support of “teach the controversy” (i.e. manufactroversy) –
was cited at length by Santorum in the latter’s Address to Congress regarding the infamous Santorum amendment, and it appears to have been a law article by DeWolf that provided the blueprint for Santorum’s amendment.

Diagnosis: In many ways DeWolf is a fine symbol of the Intelligent Design movement. His efforts are of course all about legal strategies for implementing creationism in public education. And that, of course, is what ID is about – it has never been about doing science.
Posted by G.D. at 3:39 AM