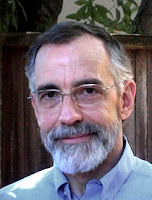 We’ll skip some well-known Usenet kooks (those with experience with altmed usenet kooks and knowledge of the alphabet my draw their own inferences) given that they could hardly be deemed particularly significant, especially when their seriously demented fuckwittery starts to display itself in rather blatant racism, for instance. Instead, we’ll stick with the celebrities, since writing about celebrities is still apparently the recipe for successful blogging.

K. Eric Drexler is at least a semi-celebrity. He is known as the popularizer of nanotechnology – not the inventor of the field, by any means, but the guy who populiarized the idea that nanotechnology is a form of magic that would eventually lead to the singularity; as Scott Locklin put it (in an excellent review): “Drexler’s thesis is merely the source of the disease. What I’m really sick of are ding dongs trying to tell me toothpaste or golf balls is nanotech.”

Drexler’s main contribution is the quite popular book Engines of Creation, in which he introduced the idea of nanobots, industrial robots scaled down a billion times that would be able to copy themselves to cure the world of all its ailments. Applications of nanobots were supposed to include superhuman powers and healing, constructing large structures almost immediately, self-repairing materials, and reprogramming computer systems (or persons) at the spot. Unfortunately his ideas would violate the laws of physics, chemistry, and thermodynamics, and are really quite thoroughly silly. Nonetheless his ideas seem to have captured the public imagination – singularity fans and the adherents of cryonics were of course quick to jump the bandwagon, but even among the latter there has been some doubt about Drexler’s ideas. The mechanisms Drexler invokes are to the point of indistinguishability equivalent to magic, but since they are presented under the description “science”, they ended up looking legit to many insofar as few have any real conception of what Drexler is talking about anyways (Richard Smalley to Drexler: “You are still in a pretend world where atoms go where you want because your computer program directs them to go there”). The thing is really that Drexler is not into nanotechnology at all; Drexler’s interests are immortality, transhumanism and space travel, and nanotechnology is the black box of wishful thinking and magic that is supposed to realize his dreams.

Real nanotechnology is unfortunately a lot less flamboyant. It is still cool, and it does indeed have a lot of potential even within medicine (nanotechnology for curing cancer is not completely out there; this list has not been verified for veracity, but appears far more reality-based than Drexlerian). Indeed, self-replicating machines do exist (viruses, cabbages, and elephants, to provide some examples) and may eventually be created in the laboratory as well, though the results would hardly fulfill Drexler’s dreams. Since real science has began utilizing actual nanotechnology for things that are quite far removed from the stuff Drexler dreamed of, Drexler has more recently began to relabel his magic to talk about “zettatechnology” instead. It is still magic.

Diagnosis: The question mark in the heading is not meant to question whether Drexler’s views may, in fact, be reality-based. They are not. On the other hand, there is something to be said for Drexler as a visionary on behalf of science, even if his particular claims have nothing to do withreality. Although way out there, his contribution may thus arguably be of the kind that actually gets readers interested in the potential and mechanics of real science. As such Drexler may even deserve some credit.
Posted by G.D. at 3:33 PM