Michael J. Dochniak and Denise H. Dunn are antivaxxers. Indeed, they belong to the fluffy murkiness of the fringes of the already rabidly moronic antivaxx movement. In particular, they are the authors of Vaccine Delivery and Autism (The Latex Connection) (do take a look the comments in that link, in which Dochniak himself shows up; continued here), in which they blame “the latex rubber often used in vaccine packaging and delivery systems,” for what they perceive as an increase in autism rates). The guiding idea is that the dismal failure of previous attempts to link autism to vaccines cannot possibly mean that vaccines are off the hook – the antivaxxers have invested too much in that hypothesis, so instead of rejecting it they need to look for a different kind of connection, and Dochniak’s and Dunn’s attempts are among the desperate results (no, they have no independent evidence for the link). 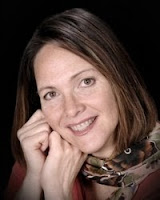 According to the blurb on the book Dochniak and Dunn are leading experts in the etiology of allergy-induced regressive autism. This is apparently granted them in virtue of having written a book together before called Allergies and Autism, not because they have any real expertise in any related field (Dochniak does point out that he has a publication in the pseudojournal Medical Hypotheses, though, as if that should count for anything). Their work is reviewed here, here, and here, and summed up by commenter Lawrence as “a guess, inside an idea, wrapped in a layer of ‘no evidence.’” Apparently the authors cite Schopenhauer’s infamous (though possibly spuriously attributed), idiotic quote “All truth passes through three stages. First, it is ridiculed. Second, it is violently opposed. Third, it is accepted as being self-evident.” That quote alone should be ample evidence that we are dealing with some serious pseudoscience. And apparently that quote is pretty much all they have to back up their hypothesis.

Diagnosis: Crackpottery, through and through.
Posted by G.D. at 8:20 AM