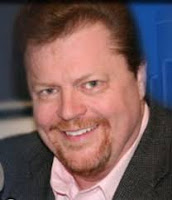 Bob Dutko is a Christian radio personality known for – among other things – his segment “Defending the Faith”, where the purpose is to defend, through logic, things such as blind faith, ignorance, gullibility, and so on. It goes badly. He is also critical of “liberal media”, since they only interview people who agree with them, which is, of course, exactly Dutko’s own strategy (his guests have included Kent Hovind and Ken Ham). He is also virulently anti-gay and a staunch defender of reparative therapy.

A recurring highlight of his show is young earth creationist “Dr.” Grady McMurtry, who appears to be his expert consultant on such things as the falsity of radiometric dating, and who makes claims such as: “The last known dinosaur that can be documented living with people was in 1887. This was down in Bolivia, when a small armored dinosaur was killed.” (No, there is no source for that one on the whole, wide web.) True to his perspective on reality and reason, Dutko doesn’t quite grasp that “freedom of speech”-thing either; in particular he doesn’t quite understand that censorship is the suppression of speech, not the refusal to dilute actual science with superstitious bullshit.

Indeed, Dutko is even into UFOs, though follows the teachings of luminaries such as Gary Bates in holding that UFOs are real, but run by demons.

To top it off Dutko is an antivaxxer, having succumbed to the idea that vaccines cause autism on what he admits is completely anecdotal evidence. But then no one expected any critical thinking skills from this source.

There is a fine Bob Dutko resource here.

Diagnosis: It is rather accurately said that “Bobbo has the intellectual depth of a Hallmark card.” Nonetheless, he zealously spreads his nonsense to too many people willing to listen.
Posted by G.D. at 4:45 AM