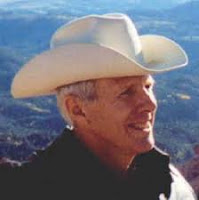 John Eidsmoe is a legendary Alabama attorney and Christian reconstructionist (dominionist) who is on the record demanding a “full scale offensive” to take over the nation and impose Christianity by force of law (also here). He also has, as you may suspect from an Alabama dominionist, what could perhaps be characterized as a more “nuanced position” on slavery.

Eidsmoe is the proud possessor of, in addition to a J.D, a doctorate in “ministry from the Oral Roberts University” and in fact a variety of (unaccredited) degrees from other rather shady places trying to pass as educational institutions. Then again, Eidsmoe is severely mistrustful of education, and is on the recording dismissing accredited education as brainwashing since education introduce kids to reality and Eidsmoe disagrees with reality. Given his expertise on such matters it is little surprise that Eidsmoe was the legal advisor to Roy Moore during the latter’s 10 commandments statue debacle.

Eidsmoe’s rise to fame is primarily related to the fact that Michelle Bachmann was one of his students while she attended Coburn Law School at Oral Roberts University. Indeed, Bachmann describes Eidsmoe as “one of the professors who had a great influence on me” (she still has the audacity to criticize Obama for Obama’s connection to Jeremiah Wright, by the way), and Bachmann his research assistant on the 1987 book “Christianity and the Constitution”. That book argues that the United States was founded as a Christian theocracy, which of course is in blatant contradiction with the facts, but being in contradiction with reality has never have never mattered for professional Liars for Jesus and is a necessary qualification for being, as Eidsmoe was, enlisted by the rabidly fundamentalist pseudo-science organization WallBuilders – which is how he came to be hired by Ohio’s Springboro School District for their summer course on the Constitution. One may wonder how Bachmann aligns herself with Eidsmoe’s opinion that “women must submit to their husband”, but come to think of it Bachmann has in fact said precisely that herself. Bachmann also seems to have got her theocratic sympathies from Eidsmoe.

No points for guessing Eidsmoe’s attitude toward zeh gays (they are destroying society by incurring the wrath of God, if you ever wondered). In Gays & Guns he writes that “one cannot help wondering why homosexuals would persist in a life-style that is in fact a ‘death-style’,” and urges the military to adopt reparative therapy as a means to change the sexual orientation of gay and lesbian servicemembers. In said screed he uses phrases such as “considerable evidence indicates that,” but unfortunately seems to think that “considerable evidence” is just a nicer word for “the zealous bigotry I have decided to adopt.” The proposed measure is apparently needed since gays who join the military will molest children.

Eidsmoe has been considered too extreme and asked towithdraw as a speaker by Tea Party rally organizers. That should tell you something.

Diagnosis: A significant source of evil in the world. Should be approached with care and preferably not at all.
Posted by G.D. at 9:31 AM