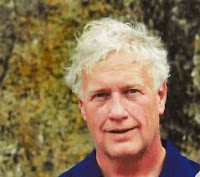 Gordon Duff is a Marine Vietnam veteran and Senior Editor at the website Veterans Today. He seems to be a guy with people’s best interests in mind, and I am sure he is trying to do some real work on their behalf. Unfortunately, his seriously crazy moonbat conspiracy theorist ensures that he cannot, in the end, be considered among the good guys. Duff is, for instance, a serious promoter of Zionist conspiracy theories and a 9/11 truther. His take on the former is admittedly a little unclear, but at least he claims that AIPAC “is a spy organization spying against the United States and selling American weapons secrets to China and Russia.” Furthermore, “I have been writing about gasoline prices and intelligence leaks from the former Soviet Union that indicate that Iran and Israel have both profited and cooperated in maintaining the current tiresome phony war footing we are supposed to be on […] The Koch Brothers are the third partner, more so than Saudi Arabia or any of the Gulf Nations […] The goal is starvation, joblessness and hopelessness for as many Americans as possible.” On the other hand, the Jews are themselves apparently being duped: In the US “Jews are being run out of politics by what I call ‘neocon/bolsheviks,’ fanatics whose beliefs are totalitarian, communists ‘in drag’ and psychologically unfit.” As you may perhaps notice yourself, it is a little difficult to completely get the larger picture.

At least you won’t get his versions of the state of the nation and the world in the mainstream media: “American news is controlled […] Israel controls America’s news.” Evidence? The media doesn’t present reality as Duff sees it. They are also out to get him: “I already see the damned surveillance.”

The elaborateness of it all is daunting. Julian Assange, for instance, is called out not for being a security threat, but for being a “stooge of intelligence agencies”. Proof? Assange thinks that “9/11 investigations are a waste of time”. Duff also seems to believe that Breitbart was assassinated (by Israeli forces), despite evidently disliking him (“The ‘huge loss’ part is that Breitbart didn’t jump off a tall building and land on Santorum. That compounds the loss for all of us”). Duff’s most interesting assassination story may however be the one headlined “Breaking News: ‘Bin Laden’ Heroes Probably Murdered to Keep Them Quiet” (in reality bin Laden of course died in 2001 as an active CIA employee).

Most of Duff’s rants are rather stream-of-consciousness-like and dubiously coherent, even though they are edited by one Jim W. Dean. One starts to wonder what it would be like to experience some of Duff’s unedited material.

Diagnosis: Someone should actually try to figure that one out for real. I am sure Duff has a good heart, but as things stand he is not helping.
Posted by G.D. at 6:49 AM