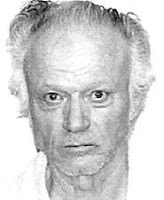 Roger Elvick is one of the most prominent frontmen of The Redemption Movement, a group of hardcore conspiracy theorists who claim that when the U.S. government abandoned the gold standard in 1933 the government pledged its citizens as collateral so that the government could borrow money (or some variant thereof). In addition, citizens can gain access to funds in secret accounts using obscure procedures and regulations and thereby get rich in a hurry through loopholes they don’t want you to know about (yet have somehow failed to close).

If I get the basics, the idea is that the government creates a fictitious person (“straw man”) corresponding to each newborn citizen with bank accounts initially holding $630,000, and by correct application of the Uniform Commercial Code a citizen can declare himself or herself a sovereign citizen, “reclaim” this strawman, and write checks against its accounts. You can also avoid paying taxes. A recipe for legal disaster, you’d think, and you’d be right. “Fraud” and “frivolous” are words that pop up a lot in relation to the schemes, and the frauds are based on a rather complex conspiracy theory, described in some detail here.

Elvick himself claims to have reclaimed his strawman, though as the SPLC puts it “while Elvick's straw man is free – at least in his own mind – the rest of him is back in prison.” (Not for the first time.) When facing the legal system it probably didn’t help that he has a fondness for encouraging Redemption enthusiasts to harass enemies with phony property liens and IRS reports designed to provoke audits. The Redemption Movement was also crucial in the development of the Freeman of the Land movement, whose levels of legal success are approximately comparable.

According to Elvick the accounts in question are administered by a Jewish cabal. Apparently Canaanite law is held to be an important source of law, and The Wizard of Oz (presumably because of the “straw man”) and The Matrix trilogy are held to hold important symbolism in Elvick’s baroquely theological theory. There is also some connection to the New World Order but since coherence is not his central virtue, it is sometimes a little hard to tell. Indeed, Elvick has a background (in additional to being president of the scam program Common Title) as a national spokesperson for the Committee of the States, a white supremacist group he started with William Potter Gale, who had previously founded the violent anti-Semitic organization Posse Comitatus.

You can look into the fates of a selection of people who have thought that Elvick’s theories have something going for them here, here (one Merlyn Dykstra, who seems to be less than ideally hinged), here, here, here, and here (Emil Wiley seems to have been one of Elvick’s close collaborators).

Diagnosis: Responsible for sending a bunch of loons (including himself) at least temporarily out of circulation. Whether that’s a good thing or not is a matter for discussion, but his victims presumably struggled a little with grasping reality to begin with.
Posted by G.D. at 11:47 AM