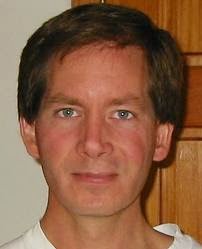 Another village kook, Kevin Pezzi’s main claim to notability may be to have some screed about Shirley Sherrod published on Andrew Breitbart’s Big Government site (then quietly deleted a few hours later). To get an idea of what kind of fellow Pezzi is, you can have a look at his bio. “Dr. Pezzi has over 850 inventions to date, and is currently developing a device that will make you wonder if you’ve been teleported a century into the future,” he claims, and he has “developed a new technique of fractional multiplication, in spite of his lifelong aversion to math […] A government official once claimed that Dr. Pezzi achieved the highest score ever attained on an IQ test administered nationwide, although Pezzi dismisses this as disingenuous pandering.” Pretty amazing stuff. He has also found the cure for cancer, but Big Pharma is blocking it because they can’t make a profit on it.

Most importantly, Pezzi knows how to enlarge your penis. He is president (and client) of the Penis Growth Club for Men, and can tell you how to achieve amazing results in his Advanced Enlargement; and in his Science of Sex, he can teach you how to enhance your libido, sexual pleasure and performance. At least it worked for him, which, given his credentials, may not even count as anecdotal evidence. What is particularly interesting is that he is apparently not even at present trying to sell you these books (he offers no reasons why not).

He has also been caught sockpuppeteering to praise his own work.

Diagnosis: Yet another Internet kook; insignificant, but our Encyclopedia would have been seriously incomplete if we hadn’t included at least one person who buys into the penis enlargement woo – and Pezzi is apparently the guy who takes spam to be some kind of religiously toned revelation of our fantastic future. A remarkable fellow.
Posted by G.D. at 11:08 AM