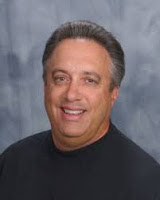 Dan Delzell is pastor of Wellspring Lutheran Church in Papillion, Nebraska, and a regular contributor to The Christian Post, which he uses to share his delusional bigotry and lunatic fundie ravings (this one is typical) with the rest of us. Delzell is an uncompromising anti-gay activist, and, as so many others anti-gay activists, imagines his ways to moronic reasons for why sexual “immorality” in general, and homosexuality in particular, should be combatted. For instance, according to Delzell “the strong correlation between overspending and sexual immorality is beyond dispute”. It’s also incorrect, of course, but that’s not really what makes it indisputable to Delzell. Instead, he justifies the existence not only of a correlation but a causal relationship by invoking the Biblical parable of the prodigal son: “The prodigal son had it good at home. But he wanted more, and he wanted it immediately. His lust for money was fueled by his lust for sensual pleasure, and ‘vice’ versa.” So there you go. And given the quality of the reasoning, I conjecture that there is plenty little those of us who disagree can say to convince those who actually accept that argument.

Following the NAACP’s endorsement of marriage equality, Delzell was one of many who reacted negatively, pointing out that “homosexual acts become like a drug for those who give into this dangerous temptation” and that MLK probably didn’t dream of “little black boys and little white boys” marrying each other, and therefore that Obama is subverting what MLK fought for and is thus anti-Christian.

To get a better grasp of how Delzell views the world, this one is illuminating. Here he laments how Christianity has faded from public discourse (huh) and points out that true Christians should fight to get it back there, where it belongs. You see, according to Delzell you’re either influenced by Jesus or Satan – there’s no third option – so the fact that there are people in the US concerned with other things than (his interpretation of) the Bible is proof that Satan is becoming the dominant force over the majority of the population. And “Satan hates marriage between a man and a woman” … So there you have it: Either you support marriage equality, civil rights and the Constitution, in which case you’re a Muslim atheist, or you’re with Jesus.

Take science, for instance. According to Delzell, the world is currently the battlefield of two “kings”, “King Science” and “King Jesus”, and that’s why many people just accept science and denies the evidence for God (of which he mentions nothing). He doesn’t say it explicitly, but you all know who “King Science” is, don’t you? Apparently, Obama has been ensnared by the dark side: “[I]t is ironic, and yes even tragic, that President Obama would choose to light the White House with a rainbow after the recent Supreme Court decision. It was his loud and proud way of celebrating the sin of same-sex marriage. Obviously, the president doesn’t seem to believe that the Old Testament stories of Noah’s Ark and Sodom and Gomorrah were actual events in history.”

Yes, Satan is everywhere. In a 2013 column Delzell was scared by a British magician who performed a levitation trick, whom Delzell thinks was actually levitating, with the help of demons: “Personally, I think it was legit. I believe this was a paranormal event and an authentic example of levitation. But it’s not like this sort of thing is completely unheard of today.” Kids today! Witchcraft and Harry Potter and rock’n-roll are a very dangerous combo.

Diagnosis: Yes, to Delzell the world really is simple, and everything really is black and white. Either you’re a commie, liberal, Muslim atheist, science-worshipping, gay loving anti-Christian – it’s all Satan’s work – or you’re with Jesus. The choice is yours, and it’s a package deal.
Posted by G.D. at 3:22 AM