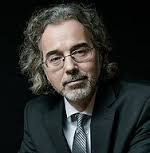 Richard Michael Dolan is a ufologist and television personality. Initially he had some success with his deranged conspiracy rants in book form, such as UFOs and the National Security State: Chronology of a Cover-up 1941-1973 (with a preface none other than Jacques Vallée, one of the most delusional crackpots to walk the face of the Earth). The basic idea, as you’d expect, is that UFOs are ubiquitous but systematically covered up by the US government because, well, that’s what governments do. Sequels include National Security State: The Cover-Up Exposed, 1973-1991, which doesn’t really seem to have exposed anything converts in various conspiracy communities weren’t already convinced of, and (with Bryce Zabel) A.D. After Disclosure: The People’s Guide to Life After Contact. As for the quality of his works, I’ll quote UFO enthusiast GhostofMaynard: “My take on Mr. Dolan is that he uses a vast number of sources, and from that perspective his work is quite good. However, Dolan doesn’t do a good job at verifying the veracity of sources.” I am not sure GhostofMaynard ranks his parameters of assessment appropriately. (Dolan’s work includes e.g. “deathbed testimonies” from anonymous “CIA officials”. Right.)

Dolan may be most familiar from 2006 Sci-Fi Channel television show Sci Fi Investigates, where he was part of a team that looked into various paranormal and unusual events with as much credulousness as possible, including Roswell. He also appeared in Sci-Fi Channel’s UFO Invasion at Rendlesham. Currently he teaches the Introduction to Ufology class at the International Metaphysical University as part of its ufology program. Yup, such a thing really exists, and it is probably magnificent.

Diagnosis: As a deranged conspiracy theorist Dolan has had some success, probably because he – unlike most – tends to meet the minimal criteria for grammatical coherence and intelligibility. There is a very, very long distance from that achievement to being worth taking seriously.
Posted by G.D. at 9:14 AM