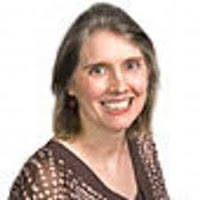 Woo tends to come dressed up in pseudoscience and technobabble and it is, honestly, perfectly easy to see how e.g. naturopathy can fool even ordinarily reasonable people with no particular expertise in health-related stuff. But if you fall for reiki, then your critical thinking skills are certainly not state-of-the-art. You are not a reasonable person, and very likely taken in with by a certain kind of racist pseudo-orientalism so popular with certain middleclass groups.

We have, of course, covered reiki before. We have even covered pet reiki before; but the idea is so abysmally ridiculous that we’ll mention it again. Phylameana Lila Desy has written about pet reiki in her article “What if My Dog Prefers Petting Over Reiki?”, where she takes up the perennial question of the perceived conflict between the fact that reiki usually involves waving your hands over the victim patient without touching whereas your dog may not fully understand why you’re doing that and prefer that you did something else, like petting. Her answer is (pretty much) that you can do whatever you want since the grand, connecting universal spirits can do whatever it wants anyways.

Desy is “certified in Usui Shiki Ryoho Reiki and the Science of Intuition [oooh, science] from the Holos Institutes of Health. She is an energy medicine practitioner, clairvoyant, intuitive counselor, flower essence consultant, and owner of Spiral Visions [think about that name for a second]. Her lifework includes writing, web-publishing, and healing work. Author of The Everything Guide to Reiki, (January 2012). Phylameana’s writing resume includes contributed content published in a variety of healing texts including: The Meditation Sourcebook, Living Well with Autoimmune Disease, and Sacred Stones. Her Chakracises were referenced in an article published in Body and Soul Magazine”. Yes, but she has also written about e.g. ear candling (no, really) – in “Ear Candling: Why Would You Want to Candle Your Ears?” (you wouldn’t of course, but Desy strains herself to argue by appeal to gibberish to a different conclusion) – and Medicine Wheels; the latter is an “introspection tool” you can use to contact your totem – add in some crystals as well to make sure you get some extra energy, and if you put on some feathers you can almost call yourself a “true native American”. In fact, the top feature on Desy’s website concerns the Law of Attraction, no less, and she covers, with little sense of coherence, evidence or attention to detail virtually any kind of New Age woo between that one and crop circles (she refers to Ellie Crystal!), including crystal gems (“Whether or not you realize it, within each gemstone and crystal is housed healing properties. Ever wonder why you are attracted to a particular stone and not another? Nature finds a way to get the stones that carry the healing and spiritual properties that are most needed to us” and they do so (roughly) by vibrating at the frequencies of your life force).

But let’s return to reiki. Desy decidedly has her own spin on reiki. On About.com’s Holistic Healing page Desy’s article “Projecting Reiki Energies into Past and Future” argues asserts that “Reiki energies can be transmitted into the future as well as into the past.” How, you may wonder, do you send it into the past? “Sending Reiki backwards in time is also beneficial. Simply use your intent to send to a specific past event that was troublesome. Or, focus the energies on healing your inner child at the exact moment she was injured years previously. An easy way to do this is to hold an old photo between your palms while conducting absentia Reiki. Choose a photo that was taken of you as a child around the period of time you are wanting to heal. (Tip: Place the photo inside an envelope to protect your photo from sweaty palms).” I … well, at least I appreciate the tip; I do think I would have thought of that part myself, but I really have no idea how people who take Desy seriously may be thinking. “Targeting Reiki energies to be sent to the original hurt is also helpful in protecting John Connor healing any reactive influences that resulted from that time. For example, whenever offering healing to a hurtful event in the past you are also clearing away carried-over traumas felt present day.” Some reiki practitioners, such as James Deacon, are wary of time-travelling reiki to the past, however, since it may have unintended consequences.

It is a bit sobering to know that they are currently offering reiki at academic medical centers like the Cleveland Clinic, the University of Arizona Cancer Center, and M.D. Anderson Cancer Center.

Diagnosis: Yes, it is hard not to point and laugh at the sheer gibberish and fluffy nonsense of it all, but the truth is that people like Desy (if not Desy herself) have gained an uncanny level of traction and influence. Which is really, truly scary.
Posted by G.D. at 3:39 AM