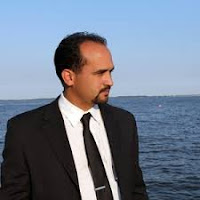 We’ve covered the wingnut loons of Concerned Women forAmerica in several posts before, but we suppose Mario Diaz, their attorney and apparently legal counsel, deserves a separate entry. Like most concerned women for America, Diaz is obsessed with sex; that is other people’s sex lives, and in particular zeh gays. And as so many wingnut opponents of gay marriage he uses some really silly arguments to try to support a position he arrived at through bigotry and hate.

So, for instance, when reacting to Virginia marriage equality advocates’ victory in federal court, Diaz tried to argue that gay rights gains “are costing us our freedoms,” though he didn’t explain precisely what freedoms he lost when Virginia’s ban on same-sex marriage was struck down. He did, however, express his dismay over a pro-marriage equality petition to the appeals court, insisting that conservative groups would never ask people to sign a petition to a court since they have “respect for our Constitution and the rule of law.” No, seriously; he said that.

Undaunted, Diaz has argued that gay rights advocates seek to “silence” (i.e. criticize) opponents and that marriage equality “will mean the destruction of freedom and liberty” (i.e. he doesn’t get his will, nor does he get to force others to conform to what he feels that they should conform to). Gay marriage also means “the persecution of Christians” and “the criminalization of Christianity,” since when Diaz has an interest in a matter he is utterly unable to draw even the most elementary and obvious distinctions. Of course, he does what he does solely out of selfless concern for gay people themselves: gay marriage will make it harder to them to “escape their sinful lifestyle”. His attempts to argue convince himself that public opinion does not favor gay marriage are only pitiful, however. That he seems to believe that the Supreme Court should pay heed to public opinion in any case is more troubling for a person with a legal background.

Though he is mostly concerned by homosexuality, Diaz has also voiced some concerns about anti-discrimination measures in general – such efforts “are an attack on God Himself” (because disagreeing with Diaz is obviously disagreeing with God himself). He has for instance argued that people who try to raise issues related to racism are themselves racists for fomenting “bitterness, malcontent and rancor” in minority communities.

Diagnosis: The usual, though we still find it bizarrely fascinating to observe the extent to which people motivated by sheer hatred will lose all sense of reason, accountability and the ability to draw even the most obvious distinctions.
Posted by G.D. at 4:19 AM