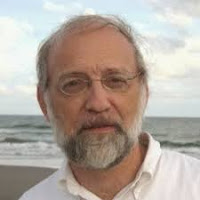 Charles Detwiler does have a Ph.D. in Genetics from Cornell, but he surely doesn’t like the science. He is currently professor of biology at Liberty University (it would take some effort to undermine your own credentials more thoroughly than that), and as you’d expect from a proponent of creationism he is not particularly concerned with doing research, but very concerned about Intelligent Design’s position in public schools. He is also a signatory (but of course) to the Discovery Institute’s petition A Scientific Dissent from Darwinism and the author of Life by Design (with Kimberly Mitchell and Norman Reichenbach), a brief “introduction to biology” for non-major undergraduate students with a biblical perspective (with the goal, of course, to snatch them before science and reason does).

Diagnosis: Rabid fundamentalist who hates science but tries publicly to pretend that he likes it, as part of a ploy to lure kids to accept his own version of the Bible and reject science without knowing that this is what they do.
Posted by G.D. at 3:15 AM