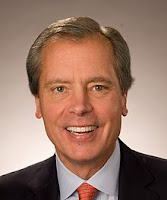 Oh, the state governments! David Henry Dewhurst was the 41st Lieutenant Governor of Texas from 2003 to 2015, and a 2012 candidate for the US Senate (beaten by Ted Cruz). To most people he is possibly best known for his extensive (and successful) redistricting efforts and voter ID laws, as well as for his commitment to free speech as long as it is restricted to speech he wants to hear (anything else should be restricted in accordance with the moral feelings of those who agree with Dewhurst). Like so many wingnuts Dewhurst is also a Benghazi conspiracy theorists who backs up his “concerns” with baldfaced lies.

As befits any wingnut candidate for public office in Texas, Dewhurst is a creationist, and he has argued that public schools need to teach creationism: “I believe that in fairness we need to expose students to both sides of this,” said Dewhurst diplomatically, and by “sides” he did, for some reason, not mean Hinduist creation stories: “That’s why I’ve supported including in our textbooks the discussion of the biblical account of life and creation.” Now, Dewhurst lost to state senator Dan Patrick in 2014, but Patrick is also a creationist, and part of his campaign consisted of trying to one-up Dewhurst by displaying an even more fervent commitment to creationism, by arguing that schools should teach that creationism is not only a viable alternative theory but superior to evolution.

Diagnosis: Complete crap. Hopefully neutralized; not that it seems to matter.
Posted by G.D. at 3:37 AM