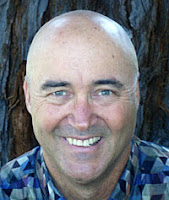 A.k.a. The Energizer Bunny of Woo
A.k.a. Hahnemann’s cognitively impaired bulldog

Gregory Dana Ullman is perhaps the most ardent and significant advocates of homeopathy (or “nanopharmacology”, as he seems to prefer to call it) in the States. He holds a Master of Public Health degree from Berkeley. This is not a medical qualification, though Ullman and his fans appear to think so. In fact, Ullman has no scientific or medical qualifications. Hence, he has been arrested for practicing medicine without a license and is currently required to sign a contract with all his patients explaining to them that he is not a medical doctor. He is also a professional troller (check the comments in this otherwise excellent post on his book; he has a column at – where else – the Huffpo and has been featured on and endorsed by that promoter of all things stupid, Oprah. He is well-known for his tireless attempts at “correcting” critics or anyone skeptical of his claims, including some notorious and infamous brawls with Wikipedia, and for his particularly notorious cherry-picking and use of sources so obscure that they cannot easily be found and analyzed (he really doesn’t like, you know, actual evidence). Another favored tactic is a not particularly original form of PRATTing. Make the claim, have it refuted, wait a week, then repeat claim as if nothing has happened and no one remembers.

His claims range from the irrelevant to the dangerous. One of his favored pieces of evidence (irrelevant) for the efficacy of homeopathy is the fact that celebrities have used it (including a brood of popes) – he has even written a book called “The Homeopathic Revolution: Why Famous People and Cultural Heroes Choose Homeopathy”). One of his dangerous pieces of advice is his advocacy of “drug vacations” (stop taking your recommended drugs for a while to avoid addiction). He has also argued that the triumph of science-based medicine over homeopathy was the result of a culture war (rather than, you know, the evident success of evidence and reducing investigator bias), and – in a true post-modernist manner – that science-based medicine is using its current position to oppress homeopathy (it's all about power struggles, not about evidence). According to Ullman, there is an ongoing nefarious disinformation campaign against homeopathy, and it is nefarious since – according to Ullmann – criticism of homeopathy by supporters of science-based medicine is not due to the fact that homeopathy is the promotion of demonstrably inert bullshit justified by references to medieval magic; criticism of homeopathy is purely ideological and part of a plot to crush a threat. Homeopathy, you see, is an “ongoing threat to the scientific, philosophical and economics of conventional medical care.” To boost his claims he – in addition to strawmen and falsehoods – emphasizes that he is not going to rely on ad hominem attacks, before launching – you guessed it – a series of ad hominem attacks to discredit his critics.

Ullman also advocates the extreme homeopathic idea of “suppression”: if a (non-homeopathic) drug cures a symptom, it is often because “the drug works by suppressing the disease, thereby creating a much more serious physical and/or mental disease […] Such suppression of the disease process may lead to increased chronic disease, immune dysfunction, and mental illness, all of which we are seeing together in epidemic proportions,” which is inaccurate on so many levels that it is hard to motivate oneself to pick them apart.

His lack of understanding of medicine is in general pretty profound, to the extent that he has even claimed that radiation therapy for cancer is homeopathic, and his ability to distinguish reasons from fallacies seems to be virtually non-existent. In fact, it has been pointed out that Ullman’s reasoning powers are homeopathic as well.

As for an easy example of quote-mining, Ullman has taken Darwin as a supporter of homeopathy (documented here). When it was pointed out that Ullman had mangled Darwin’s explicit attack on homeopathy, his response was to point out that Darwin was to afraid to admit that he supported it. So regardless of what Darwin may have said, argued or thought, he must have been a fan of homeopathy.

There is much more here. For Ullman’s use of false analogies, see this.

Kimball Atwood has coined the Dull-man law: “In any discussion involving science or medicine, being Dana Ullman loses you the argument immediately … and gets you laughed out of the room.” (Justification and evidence here).

Diagnosis: A master of cognitive dissonance and memory bias, Ullman seems clinically unable to grasp the possibility that he may be wrong. Combined with a lack of understanding of science or medicine – and the possession of certain marketing skills – what we end up with is rather insidious.
Posted by G.D. at 1:29 PM