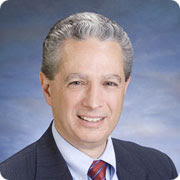 No, this is not the famous British poet. This Timothy Birdsall is a naturopath and Vice President of Integrative Medicine for Cancer Treatment Centers of America (CTCA). As a naturopath he is of course in no way involved in actually treating cancer, but he does indeed believe that he is. Naturopathic oncology is an “emerging field” within naturopathy concerned with applying naturopathy to cancer, in much the same way tarot card reading is an “emerging field” in, well, whatever psychics think tarot cards can be used for. They even have their own board certification, just like real oncologists, and put a series of letters after their name, “FABNO”, which stands for "Fellow of the American Board of Naturopathic Oncology." Just like cargo cult sciences are wont to do.

Like all woo-meisters Birdsall doesn’t like science. He claims that he likes science, of course, but he really doesn’t, and one main reason for his inclusion in our Encyclopedia is his hilariously tragic display of this attitude. As a response to research finding that his favored therapies don't work, he wrote an essay “The Problem With Research” particularly concerned with the fact that clinical trial results show, unequivocally, that selenium doesn't help patients with lung cancer, and which included things like this question: “why do therapies which seem to make biological and physiological sense, which have some epidemiologic data to support their use, and which naturopathic physicians (and other alternatively-minded practitioners) have been using for decades (or much longer), seem to fail in double blind, randomized clinical trials?” Well, Tim, there is a very, very obvious answer to that if you knew the first thing about psychological biases and the point of scientifically testing things in the first place.

That’s not Birdsall’s response. His response is “’What's wrong with research?’ A part of me becomes enraged at the reductionistic, allopathic, biomedical model, which breaks things down into components so small that all synergism, all interdependence is stripped away, and then declares those components to be ineffective.” Indeed, and “[m]uch as the homeopaths of 2+ centuries ago created the proving as a way to better understand and utilize their remedies [and just like other dogmas, it hasn’t changed since, regardless of evidence], we must refuse to be limited by the way conventional medicine views health and disease.”

Words fail. How his feeble complaint is supposed to be a response to the fact that controlled studies fail to show an effect of his treatments is of course left unclear. There’s more here.

Diagnosis: Ghastly crackpot, completely insane, and a true danger to civilization and human welfare
Posted by G.D. at 12:39 PM