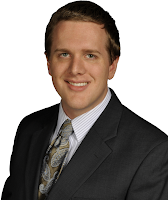 Kyle Bristow is the former leader of the Michigan State University chapter of Young Americans for Freedom, a group listed as a hate group by the Southern Poverty Law Center a few years ago under his leadership, and something of a thorn in the side of the university itself. Bristow later, in 2008, managed to get elected as a Republican precinct delegate.

Bristow made some headlines when he made an effort to invite neo-Nazi and white nationalists like Nick Griffin (when criticized for that choice by LGF, YAF’s brilliant response was: “LGF and Al Qaeda both have something in common: they hate Western civilization and those who stand up for it”), Jared Taylor and Paul Fromm to speak on (or near) MSU's campus, and got people like Preston Wiginton (a well-known Stormfront activist waxing lyrical about the joys of beating up dark-skinned people) to help him with the events. Bristow also praised the work of white nationalist John de Nugent, as well as John Mangopolous for saying that God sent Katrina to New Orleans to get rid of the gays and that if he was God, he would do far more than that. A charming fellow, in other words.

But of course, Bristow still takes offense if anyone points out his connections to white supremacists.

He has also published a novel, “White Apocalypse”, about the Solutrean hypothesis, the notion that white Europeans beat the Indians to the new world by thousands of years and were wiped out by them. In his novel he took care to have every real life person who disagree with him brutally murdered, which is not evidence for a virtuous character. And yes, the whole thing is one of the most bizarre white supremacist fantasies ever penned – and there’s some pretty tough competition for that. John De Nugent is a fan, by the way.

The self-styled legal advisor to the MSU YAF chapter was one Jason van Dyke. He is described here.

Diagnosis: A peerlessly hysterically insane ball of raging bigotry, Bristow’s lack of judgment predictably makes him a Neal Adams-style crackpot as well. How he could be taken seriously by anyone is a mystery, but an unsurprising one. Dangerous.
Posted by G.D. at 12:07 PM