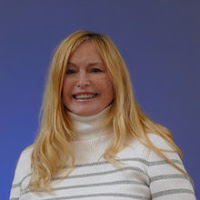 Barbara Ann Brennan is an author and intuitive healer who works in the field of “energy healing”. According to the Watkins Review she was the 94th most spiritually influential person in the world in 2011. Brennan has pretty much adopted every conceivable form of imaginary woo, from Wilhelm Reich’s Orgone energy to chakras and astral healing, as well as most other typical crank baggage, such as promoting herself as a doctor of philosophy (Greenwich University) and doctor of theology (C. Norman Shealy’s Holos University), both from unaccredited diploma mills.

Brennan’s first book, Hands of Light: A Guide to Healing Through the Human Energy Field, is still viewed as a classic among the reality impaired. In writing it Brennan claimed to “receive intuitive information about her clients during sessions, and to see repetitive patterns in the energy fields of her clients indicating common roots underlying their difficulties”, and the whole thing is a mess of auras, “energy fields” that interact with each other, and promotion of “the seven-layermodel of the energy field, each layer being structured of differing frequencies and kinds of energy and performing different functions.” The chakras are supposedly transformers that receive and process universal energy. It is hard to believe that Brennan actually believes any of the bullshit she’s spewing.

As mentioned Brennan has developed “energy healing techniques” (she calls them “full spectrum healing”) to work on the seven layers of the human energy field or auras, including what she calls “spiritual surgery” applied to the “fifth level” using the power of a spirit surgeon. It really is all about energy, and neither Brennan nor her adherents understand what energy actually is (hint: energy is not a buzzing, glowing, luminescent. magical cloud surrounding objects that one can tap into by the right means – even if focusing one’s will were “the right means”).

In 1982, she established the Barbara Brennan School of Healing, designed to train professional healers in Florida, which has come to be known as one of the epitomes of New Age healing. It is licensed by the State of Florida Commission for Independent Education (i.e., it is unaccredited) and listed here. She herself has moved to Austria to open more branches of the school (there are branches in Austria, Germany, and Japan).

Diagnosis: The epitome of New Age healing, few people do woo more thoroughly than Barbara Brennan. She’s had a lot of influence and must be considered a dangerous enemy of reason and reality.
Posted by G.D. at 2:36 PM