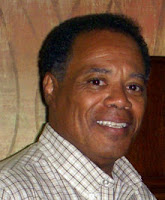 Stephen Broden is a former Republican political candidate from Texas’s 30th congressional district for the U.S. House (unsuccessfully). In ordinary life Broden is a businessman, political commentator (having appeared on Glenn Beck, for instance), dominionist, Tea Partier, pastor, activist for pro-life causes (abortion is a genocidal plot against African-Americans, according to Broden), and a founder of Ebony Berean, an organization whose mission includes informing African-American Pastors of the ”Culture War”. There is more on Broden’s anti-abortion views, including his attempt to argue that Ruth Bader Ginsburg admitted to deliberately trying to achieve genocide, here. Indeed, Broden has argued that the Theory of Evolution was invented precisely to give scientific legitimacy to exterminating African-Americans; Broden’s own words on the matter are here.

Indeed, Broden is a revolutionary. He has actually claimed that violent revolution is an option “on the table”, because America today is just like Nazi Germany. The perceived similarities arise primarily out of things like health care reform (“this [Obama] administration is […] doing end-of-life counseling in order to depopulate that particular group of people”) and the purported fact that Obama is deliberately causing a financial crisis for rather undisclosed reasons. You can see a video of some of his crazier statements here. During the 2011-12 Republican primaries Broden was among Rick Perry’s valued partners and a staunch supporter of Todd Akin.

Diagnosis: Completely and utterly insane, of course, and it is interesting to see how such people manage to retain a substantial amount of influence.
Posted by G.D. at 11:30 AM