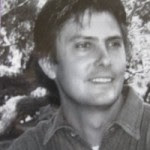 I don’t know exactly who Don Bradley is. He seems like a relatively insignificant blogger who allegedly lives close to a HAARP farm, but he certainly fits the criteria for inclusion in our Encyclopedia. Here is his whale.to page. His main claim to fame appears to be his video evidence for the claim that reptilians (who belong to the bloodline of Cain) really rule the world and the media, a vidoe that has of course been taken up by David Icke. You see, Bradley has videos, often of rock stars (e.g. Nirvana, as shown here), proving that these artists are really reptilians in disguise, and he claims that anyone who claims that the video evidence is less than ultimately convincing are poisoning the well. Come on, if you look at the videos you will see green light around their heads! What more proof do you want that extraterreestrial annunaki/nephillim/reptoids/lizards – the Canaanites – descended from Cain are shadow-governing the world and out to get good Christians and usher in the end times? “[T]hey are not quite ready for the world to see them until they have their boot squarely upon the neck of humanity. That means disarmament, concentration camps [here’s Bradley’s list of concentration camps in LA and Ventura counties] […] and martial law.”

Transformation from human to lizard proceeds in four stages, Bradley’s careful studies reveal. “It’s usually the eyes that go first. Either into interior slits or exterior slits, depending upon the purity of the bloodline, level of demonic possession, and environmental factors. Ever notice people who wear sunglasses indoors or at night? If the eyes go black, this indicates that very often the inhabiting soul is demonically possessed by several demons or the soul itself is completely black, usually conceived in a demonic ritual, so designed to attract black souls to the family. Lot of that around.” Stage four is going completely lizard; “I’ve seen this a few times, when they were unaware of my presence.”

The point is that you can force lizards disguised as people to shift “by thinking sublime spiritual thoughts in their presence, usually thinking of Christ or higher will do it.” In fact, “[t]his is your chance to get into the spirit of Christ, make the connection to him, because he alone has the POWER over their demonic aspects […] Without Christ and his baptism of water and fire, these realities will eat you alive.” Further evidence can apparently be found in the movie Mulholland Drive. And apparently orgone is everywhere, and will heal you.

His website is here, and his blog is here. Enjoy.

Diagnosis: Someone should make sure that someone pays him immediate attention. Probably harmless, though.
Posted by G.D. at 11:57 AM