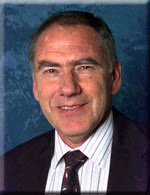 Far away, in a parallel reality, a relatively large group of “researchers” (mostly mormons, it seems, given that the idea is part of mormon mythology) are trying to figure out ”the true origins and destinies of the nations listed in Genesis chapter 10 and the ‘lost’ tribes of Israel listed in Genesis chapter 49”. Their website (or at least the website of some such group of ”researchers”) is here. Among their goals and objectives are “to attempt to keep alive the flickering truth that the Bible contains a listing of all of the world’s nations and peoples,” and to “[p]roduce study papers to promote Genesis 10 & 49 truth”. Among the things they have uncovered is that the Table of Nations (Genesis 10) is important to understanding world events since all nations can be traced directly back to the descendants of Noah, that Germany is Assyria in prophecy (a more obvious guess would have been, you know, Assyria), and the following tracing of nations (Genesis 49): Judah = Scots and Jews; Ephraim = English; Manasseh = Anglo-Americans, Reuban=N French; Gad = W Swiss; Asher = N Belgium; Zebulon = Holland; Issachar may be Finland; Levi = Welsh/scattered; Dan = S Irish; Benjamin = Norway; Simeon = scattered, also among Scots. One notices the absence of non-Germanic descendants (apart from the French and Finnish, but they are relatively light-skinned, so I suppose they count). But these people are not racists! According to their forum rules “measures that lead to the reduction or elimination of diversity are opposed by the forum. Whether they be right-wing (racial hatred) or left-wing (mixing to bring about one world race).” So, you see, there is no racism here; interracial marriages are opposed because it’s bad for people, not because … whatever.

The website is a collaborative one (or perhaps an umbrella site), and Terry Blodgett seems to be just one of many researchers involved. It is hard to say to what extent he is involved in the actual contents, but he sure supports the conclusions. A sister site is this one, which apparently holds Blodgett’s “research” in high esteem as well.

Blodgett is apparently trained in linguistics, and uses his training for the sole purpose of justifying this reinvention of history wihout any connection to what really happened, and tp prop up his tales with science-sounding or science-reminiscent props in a manner that makes it painfully obvious that he doesn’t quite understand what science is. An example is this bizarre summary of Blodgett’s research (notice the delectable use of exclamation marks and the emphasis on credibility-conferring claims such as “Blodgett quotes sources”).

There are, apparently, plenty of people involved in this kind of ”research”, and they have published numerous books. In addition to Blodgett, recurring names include (among many) Cam Rea, who claims that the tribes took a trip through Iran before going West, Douglas S. Winnail, and Bob Thiel, author of “2012 and the rise of the secret sect”, which predicts among other things that a “multi-national committee of the United Nations is calling for the elimination of the U.S. dollar as the world’s reserve currency – a position held for over 60 years. This would be disastrous for the U.S as it produces a global currency and opens the door for the Antichrist” (on a few occasions these people touch base with real-life worries, but it doesn’t last long – apparently Thiel thought the 2012 movie was going to be a documentary, or he failed to see a rather significant difference between documentary and Hollywood blockbuster fiction). One of the heroes of the Origin of Nations people, apparently, is the late Herman L Hoeh, who apparently is mostly a lowkey variant of Ron Wyatt.

Diagnosis: I am at loss of words; there are plenty of these people, chugging away on their creationist version of history, completely oblivious to evidence and reality, and apparently believing or asserting whatever pops into their minds at any moment. It is permeated by crank-magnetism, and they appear to have evolved into something that is perhaps best described as a bizarro version of whale.to.
Posted by G.D. at 12:15 PM