Not to be confused with archaeologist R. Joe Brandon, who is behind A Scientific Support for Darwinism, the Joe Brandon at hand is the attorney representing the anti-mosque crowd in Murfreesboro, Tennessee, when they filed a lawsuit to prevent the building of a new mosque in that town. The case? According to Brandon ”It is a federal crime to fund terrorism, and at this point we are confident that we can show a direct connection between members of the ICM and Hamas.” When presenting the case in court, Brandon attempted to argue that the Muslims weren’t really protected by the First Amendment, because Islam is not a real religion but instead actually a political movement, but the Court wasn’t particularly impressed with that argument. They also got Frank Gaffney down there to testify. Gaffney will be covered later. 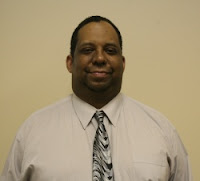 Kevin Fisher was the charming ringleader of the mosque opponents. When the local newspaper attempted to interview both him and his opponents, he couldn’t take it: “All I heard was this socialist garbage being spewed by the pro Mosque crowd. It was too much. The things that they represent offend me. I walked out and went to talk to citizens.” Apparently he doesn’t quite get the idea that the Taliban aren’t socialists – I mean, obviously the Taliban is evil, socialism is evil, so the Taliban is socialist, right? Moreover, both Taliban and socialism offend Fisher, so they must be the same and there is forbidden by the Constitution.

Diagnosis: Fairly typical befuddled bigotry. As with most biases, one will attempt to drum up whatever one can to support one’s deeply held opinions, and when the idea to be defended is idiotic, the defense will consist of the most garbled nonsense. Predictable and common.
Posted by G.D. at 2:40 PM