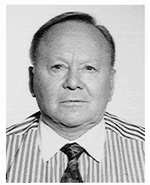 Robert Bradford is president of The Commitee for Freedom of Choice in Medicine (CFCM) whose main goal, which they call “health freedom”, seems to be to ensure that quacks should not be held legally responsible for the harm they cause to ordinary people. The group was apparently started in response to the arrest of the legendary snakeoil salesman John A. Richardson.

Bradfor has no medical background (he has a ”cultural doctorate in nutritional science” from the (unaccredited) World University and a “doctor of biochemistry degree” from Medicina Alternativa, an “international holistic medical group” in Sri Lanka; that doesn’t prevent him from presenting himself as “Dr. Bradford”.

His main area of crackpottery is cancer. The CFCM is primarily known for being the main pushers of laetrile (also here), one of the most well-known demonstrably non-efficacious altmed products on the general market. Bradford’s other favorite field of quackery is Chronic Lyme Disease, and Bradford is the inventor of Bismacine. CFCM’s newsletter, The Choice, contains articles that (predictably) invariably promote alternative treatments and criticize scientifically accepted treatment and government regulation of the health marketplace (with headlines such as “Fedstapo targeting our medical freedom”).

Bradford and co. are also the founders of American Biologics, an expat altie community in Mexico in order to pander snakeoil, in particular laetrile, (and smuggle it into the US) without any pesky control or regulations from American law. Among the people involved are one Brigitte G. Bird, and John R. Toth, a doctor from Kansas who has been serving prison time for negligently killing a patient. It is worth mentioning that Bradford has founded an impressive number of organizations over the years, several listed here.

Bradford has, predictably, experience recurring problems with the law, and in 2008, he was convicted of conspiring to violate federal food and drug laws and defraud individuals seeking medical care (again), this time for marketing bogus Lyme disease products and a microscope system that was falsely claimed to diagnose the disease (there is a decent piece on Lyme disease and the media, and what Bradford was doing, here. In 2010 he pled guilty to charges that Bismacine caused the death of a woman in Kansas and admitted that they inflated fears of Lyme disease as part of a marketing campaign to increase sales of Bismacine.

He is also thr founder of the (unaccredited, of course) The Capitol University of Integrative Medicine (CUIM), which offers (among others) “Doctor of Integrated Medicine” and “Master of Integrated Health Science” programs, as well as an honorary degree awarded to U.S. Representative Dan Burton, one of quackery’s best friends in Congress.

Bradford is prominently represented in this illuminating social history of health quackery in the US.

Diagnosis: A grand old man of dangerous quackery in the US, Bradford is a true enemy of reason, truth and accountability, and is nevertheless among the more dangerously influential people around.
Posted by G.D. at 11:50 AM