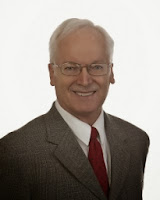 Doug Kennard is a Biblical studies professor from Bryan College (which has a Center for Origins Research) and a hardcore young earth creationist. His particular schtick is to argue for creationism by deeply mangled philosophy of science, as he did during the 6th International Conference on Creationism, report here (that’s the conference where Andrew Snelling tried to argue that he and his creationist fellows are too concerned with evidence and should rely more on faith).

Kennard has also written articles of Answers in Genesis’s house journal “Answers”. For Volume 1 he contributed “Hebrew Metaphysic: Life, Holy, Clean, Righteousness, and Sacrifice,” which is apparently supposed to be a science article, though it is unclear exactly what scientific point it is trying to make.

Diagnosis: Stock creationist. Could fill in for anyone or be replaced by anyone else in the movement. If science or evidence isn’t with you, appeal to an ideological shift that would make science and evidence less relevant in settling the questions – a rather predictable move.
Posted by G.D. at 10:48 AM