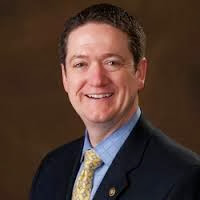 Tim Jones is majority leader of the Missouri House of Representatives, and known to be - or at least have been - a staunch birther. Indeed, Jones was the plaintiff in a lawsuit filed by “Birther Queen” Orly Taitz in a federal case alleging that President Barack Obama was secretly an Indonesian named Barry Soetoro and ineligible to be President of the United States, demanding the release of an original birth certificate, immigration records, passports and other vital records from Obama. He has, in fairness, toned down his involvement, but has – as far as we can see – never actually renounced his earlier stance on the issue.

Diagnosis: Yet another example of how at least one party in the US can be argued to be mainstreaming lunacy. It ought to scare you.