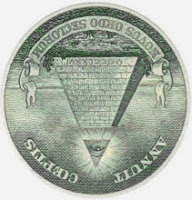 Jason Nicholas Korning is, according to himself, a Roman Catholic scholar and writer specializing in the Hebrew Bible, the Maccabees, and the Talmud. He is also the founder of the Eternal Order of St. Judas Maccabeus. Their website is here, and it is not for the faint of heart. Most of the material concerns politics. Korning does, for instance, dismiss democracy as unbiblical and totally gay:

“It should be remembered that ‘democracy’ was originally advocated by the philosophers Plato and Socrates, both homosexual pedophiles. Some contend that these historical facts are irrelevant. There are others who claim that, because of this, democracy is inherently homosexual. This may well be the case. Consider the fact that, just recently, the people of Canada and Spain, along with quite a few other democratic Christian nations, actually voted in favor of same sex marriages. For the first time in more than 2,000 years, the State was now allowed to sanction sodomy as an individual right and to give explicit approval and encouragement to the act of anal sex.”

You can also find Korning discuss the Russian revolution, and the extent to which Moses was a scientific genius, 3000 years ahead of his time (it requires some, shall we say, charitable interpretation of certain passages in Genesis, and a certain amount of shoehorning) – he also manages to dismiss alternative creation stories as fairytales: “not a single ancient Creation story ever truly addresses the material world’s origins in a scientific manner, with the sole exception of the Book of Genesis.” Right.

Diagnosis: Korning is hardly a threat to anything or anyone, which is a rather good thing considering that his aptitude for reality and reason is a bit shaky.

*Why the question mark? I simply cannot quite shake the feeling that he is an elaborate poe.
Posted by G.D. at 11:08 AM