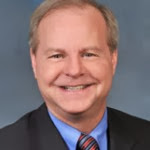 Robert H. Knight is wingnut writer and activist. He was a draftsman of DOMA, and currently senior fellow of the Orwellian American Civil Rights Union and regular columnist for the Moonie Times (as well as frequent contributor to e.g. Townhall and WND). He has also been affiliated with Coral Ridge Ministries (now Truth in Action), director of the Culture and Media Institute, and director of the Culture & Family Institute, an affiliate of Concerned Women for America.

Yes, zeh gays figure prominently on Knight’s radar. According to Knight, as explained in his article “Counterfeit Marriage is Anti-Religion”, marriage equality “violates the very essence of marriage;” and legalizing same-sex marriage would do “incalculable” damage to religious freedom and endanger the future of society because where “marriage is weak, devalued or redefined, communities fail.” (What that has to do with the anti-religion stuff is a different matter.) He concludes that “creating a counterfeit and then forcing it down people’s throats is straight out of George Orwell’s Newspeak in 1984,” though a quick glance of the names of the organizations Knight is involved with suggests that he should be careful about making accusations of “Newspeak”. According to Knight “the left’s drive for ‘gay rights’ poses the greatest domestic threat to the freedoms of religion, speech and assembly.” The justification for the claim seems to be that they favor things Knight doesn’t like, therefore tyranny, woe, and Armageddon. He has also accused Obama of trying “to invoke Christ when doing the devil’s work” and creating “the sinews of tyranny,” when Obama came out in support of marriage equality. “Weare in the grip of an unholy regime,” – but we were warned; Knight did point out that Obama’s reelection in 2012 could destroy America).

Knight’s reaction to the overturning of Prop 8 was also … well, he isn’t afraid of going over the top, at least: “The judge’s contempt for the rule of law and a constitutionally guaranteed self-governing republic cannot be overemphasized,” said Knight. “With courts turning traditional values into a form of ‘hate’ actionable under the law, we are seeing the criminalization of not only Christianity but of the foundational values of civilization itself.” In other words, once again not allowing Christian fundamentalists to use the government to enforce their bigotry means that the government is criminalizing Christianity itself. As a response to the ruling he advocated for southern California to secede to “stop gay jihad”.

Here he blames Abu Ghraib on the gays and how gay culture and sin have come to permeate the military through conscious efforts from liberals to purge the armed forces of Christianity.

As the careful reader will have gathered, Knight has somewhat non-standard understandings of notions such as “freedom” and “values”. His idea of religious freedom, for instance, is that it amounts to his right to impose his religious views on everyone while preventing others from imposing theirs. He has even invented a novel legal strategy for ensuring that Christianity can legally be imposed on everyone: Argue that if you don’t allow them to impose Christianity on everyone, you’re establishing the religion of atheism. It is actually not novel. It has been tried before without particular success. He has also claimed that defending voting rights in America is “treason", because, in Knight’s deranged mind, defenders of voting rights long for “an electoral system like those in Cuba, China or Saudi Arabia, whose representatives hung on his every word, trashed his own country. I was not there, but I’m assuming these regimes enjoyed seeing a certified ‘civil rights’ leader [Benjamin Jealous of the NAACP] criticize the United States.” He does have an uncanny ability to draw mindboggling conclusions from premises that completely contradict those conclusions, we’ll grant him that.

Sometimes he drives, howlingly and garbledly, into pure conspiracy land as well, as when he tried to argue that Steven Spielberg made the movie Lincoln to help Obama implement health care reform. In fact, conspiracies are staple fare. When Knight encounters legislations or reports or projects he disagree with, he is always careful to report to his readers that the sponsors are homosexuals, know homosexuals, have homosexuals in their family, or, in the case of Henry Waxman (D. Calif.), “represents West Hollywood, a homosexual enclave in Los Angeles County.” Thus he doesn’t even need to discuss the contents of those legislations or reports or projects; they are clearly evil and designed to undermine Christianity.

And sometimes it is hard to even describe what he is doing, as when he called Peter LaBarbera “today’s Paul Revere”.

Some attention was awarded Knight when Bryant Gumbel called him a “fucking idiot” on The Early Show (Gumbel thought he was off the air). Tim Graham was shocked, but the rest of us probably realize that “fucking idiot” is a pretty mild way of describing Robert Knight.

There is a fine resource on Knight here, and here is a good article on Knight’s bizarre rants on feminism.

Diagnosis: Even for a wingnut’s wingnut anti-freedom activist this guy is unusually incoherent and dense.
Posted by G.D. at 11:21 AM