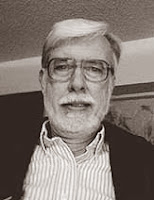 Douglas Kenyon is the publisher of Atlantis Rising, a magazine devoted to “alternative news”, i.e. such batshit crazy pseudoscience, conspiracies and new age woo that it may ultimately compete with educateyourself.org. Its website is here. The name of the magazine is presumably taken from one of its specialties, atlantology. For instance, here you can see one of the magazine’s regular contributors, Frank Joseph, discuss “the beasts of Atlantis;” according to Joseph “Plato spoke of them, but what can they tell us about the lost civilization?” Nothing, of course, but you can imagine Joseph arriving at a different answer. Harry Sivertsen, on the other hand, suggests that we should rather look for Atlantis in the stars.

As expected, another focus area of Atlantis Rising is astrology. Here, for instance, Julie (Judy?) Loar discusses whether your “Sun sign” can change, and what is at stake in the discussion (again, nothing, of course, though, again, Loar reaches a rather different answer), and here she discusses what Ceres can tell us about immortality.

Then of course, there are the “out of place artifacts”, such as the Abydos helicopter, which Joseph Robert Jochmans discusses here, and the Baghdad battery, which is discussed here (and if you want evidence for time travel? Jochmans presents none here, though he would not agree with that description of what he is doing). Surely ordinary science cannot explain these things! And for “ET presence”, Arlan Andrews has a very, uh, psychologically interesting article, “Aliens and Indians”, here. Meanwhile, David Childress discusses Underwater bases and alien presence with evidence straight out of The Abyss, and for a real clincher, see the legendary Zecharia Sitchin discuss the alien-Vatican connection here.

The star reporters for the magazine are some rather familiar characters, namely Michael Cremo and Jeane Manning, who seem to be willing discuss everything from 2012 doomsday prospects (here) to cold fusion (here), where “discussing” means “presenting some possibilities and choosing the craziest and most far-fetched one.” It is all about wishful thinking as a guide to one’s view of reality, and these people seem to have some fascinatingly crazy wishes.

Diagnosis: If science and reality do not give you the evidence you want, some people respond by inventing their own science that follows its own methodological rules. And suddenly the results they had hoped for would come rolling out. Isn’t it fascinating? On the more serious side, Atlantis Rising seriously contributes to the current popularity of pseudo-science, and their negative influence should not be completely written off.
Posted by G.D. at 1:21 PM