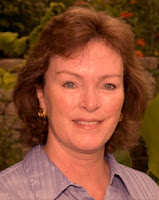 Kelly Kohls is (the former) Chairman of Warren County Tea Party who was elected to the Springboro school board on a platform of fiscal responsibility. And then you know where this is going. She requested that the district’s curriculum director look into ways of providing “supplemental” instruction dealing with creationism in public schools. According to Kohls, “[c]reationism is a significant part of the history of this country,” which is silly, and “it is an absolutely valid theory and to omit it means we are omitting part of the history of this country,” which is even more stupid – even though John Silvius, professor of the insanely fundamentalist creationist teaching institution Cedarville University and signatory to the Discovery Institute-led petition A Scientific Dissent from Darwinism, apparently offered his support. As did the fundamentalist organization the Liberty Institute, which “focused solely on protecting and restoring religious liberty in the United States,” (by “religious liberty” they mean, of course, not liberty), and the board indeed accepted their help in hammering out the policy.

Board members in favor of the creationist move included Scott Anderson, the other tea party school member, and Jim Rigano.

The situation was discussed in some more detail here, and some interesting details are discussed here and here. Encouragingly, parents and students in the district were not unequivocally favorable toward Kohls’s et al.'s lunatic attempts to undermine science in favor of their cherished fundamentalist views. Apparently Kohls decided not to run for reelection in 2013, and though we don’t have the full overview things look to have improved significantly in Springboro, Ohio (though Rigano, at least, is still on the board, it seems).

Diagnosis: Stock loons whose lack of competency, intelligence or knowledge is apparently viewed as an asset in some parts of the country. Springboro, however, does seem to have voted for sanity in the end.