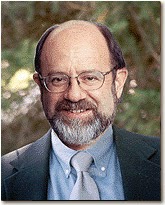 We’ll keep an eye on Eugene Schwartz for now – Eugene is a theosophy enthusiast and one of the big promoters of the Waldorf Education curriculum, but I have thus far been unable to ascertain the extent to which Schwartz himself buys into the esoteric bullshit that tends to permeat this branch of pedagogy. Besides, it is time for a big fish.

Gary Schwartz is definitely a big fish. Schwartz is a medium and parapsychologist, but he is also a professor of psychology at the University of Arizona and the Director of its Laboratory for Advances in Consciousness and Health, and thus one of the most significant and influential promoters of New Age woo in the world. He is also the Corporate Director of Development of Energy Healing for the Canyon Ranch Resorts and one of the pioneers of frontier medicine, which shouldn’t really boost his credibility. In fact, Schwartz was one of the first scientists to take the offer of grant money from the NCCAM, to set up the Center for Frontier Medicine in Biofield Science with the University of Arizona.

Schwartz is perhaps best known to the public for his book The Afterlife Experiments: Breakthrough Scientific Evidence of Life After Death (2003) (review here) cowritten with William L. Simon and with a foreword by none other than Deepak Chopra, synthesizing Schwartz’s studies, widely cited in the media, and purporting to provide evidence for an afterlife. The experiments described in the book have recieved criticism from the scientific community for being – to put it mildly – inadequately designed and using poor controls, and though Schwartz claims to know that anecdotes aren’t evidence, the book is riddled with – precisely – anecdotal evidence, the totality of which Schwartz and his coauthors seem to think make a rather compelling case for the paranormal. Ineed, the whole thing is a model of how not to apply reason and critical thinking – it even starts with anecdotes about how he helped psychic Susy Smith to contact Houdini, Smith’s mother and William James, from beyond the grave, justified by the fact that Schwartz managed to get a paper on the “experiment”, coauthored with Linda Russek, published in the Journal of Scientific Exploration in 1997, and one in The Noetic Journal in 1999 – neither journal is notable for a commitment to rigorous scientific methodology). But seriously, for a thorough analysis of the “experiments” reported in the book, this is the go-to resource (and this one is pretty good too – Schwartz has written a rather illuminating response to it). Here is an excellent discussion of how Schwartz’s subjectively validates the mediums he declares to have real powers (including Allison Dubois(!), though they have apparently later parted ways). And no; Schwartz, despite his efforts (in The Afterlife Experiments, for instance, he described the troubles he went through to understand the phenomenon of cold readings) to understand how cognitive biases tend to ruin everything, and in particular why research without proper controls usually yields randomly worthless results, is demonstrably unable to grasp how subjective validation or such phenomena as the Forer effect actually work.

The final chapter of The Afterlife Experiments are devoted to describing the practical consequences of his research. A more accurate assessment of what the upshots would be if he were, in fact, right, can be found here, though since the upshots can easily be used to falsify his claims Schwartz tends not to see them.

Of course, Schwartz has written quite a bit on matters paranormal. A more recent example is the paper “Anomalous Information Reception by Research Mediums Demonstrated Using a Novel Triple-Blind Protocol” (with Julie Beischel), published in Explore: The Journal of Science and Healing (2007), which is apparently quite cargo cult science journal, this one too. And yes, he flamboyantly botched the blinding process (inasmuch as it is described at all in the journal), and the methodology is so flawed that one suspects that Schwartz himself suspects that he wouldn’t achieve the results he wants if he did things properly.

But Gary Schwartz does not only believe in psychics, mediums, and life after death (and that there is scientific evidence to support these beliefs). He has also invested some efforts into New Age healing woo, in particular the field of energy medicine. In his book The Energy Healing Experiments: Science Reveals Our Natural Power to Heal (with William Simon and Richard Carmona) he attempts to explain that we all emit human energy fields, that we can sense each other’s fields, and that healers can influence these fields to heal illnesses and injury (and yes, it is based on the New Age understanding of energy as a type form of buzzing, invisible spirit stuff). And once again he believes that he has facts to back up these claims. You can see a concise assessment of his evidence here (anecdotes? Plenty. Controlled studies published in decent, peer-reviewed journals? Your guess). Schwartz has apparently also investigated the effects of Johrei (an alleged “divine energy”) and yoga on brain and heart mechanisms. You can probably guess what the results were.

Indeed, Schwartz has apparently even jumped on the Intelligent Design bandwagon with his book called The G.O.D. Experiments: How Science Is Discovering God In Everything, Including Us (2006, once again with William Simon), where he tells anyone gullible enough to read the book with an open mind that 21st-century science provides clues to G.O.D.-the “Guiding, Organizing, Designing” process animating the universe. Publisher’s Weekly writes rather diplomatically that many “will have trouble accepting Schwartz’s sophomoric ... experiments,” though I can unfortunately think of many people who won’t. And once again, Schwartz proves little else but that the phenomenon of subjective validation continues to elude him.

His other books are The Sacred Promise: How Science Is Discovering Spirit’s Collaboration with Us in Our Daily Lives (2011) – with a foreword by John Edward (!) – The Truth About Medium: Extraordinary Experiments with the real Allison DuBois of NBC’s Medium and other Remarkable Psychics (2005, also with Simon), Living Energy Universe: A Fundamental Discovery that Transforms Science and Medicine (1999, with Russek).

As mentioned in the introduction, Schwartz in fact claims to be a medium himself, having claimed for instance to contact the spirit of a 25 year old man in the bathroom of his parents’ house and attempted to charge the family 3.5 million dollars for his mediumship services. His claims were so ridiculous that evenFox New managed to expose him.

One useful thing about Gary Schwartz is worth mentioning: He is so frequently usedas an authority on matters paranormal by the media that looking for his name in an article has become a useful tool for quickly dismissing of reports of new, purportedly revolutionary findings as pure garbage.

Diagnosis: The life and work of Gary Schwartz would, come to think of it, serve as an excellent Introduction to Critical Thinking course – his commitment to biases, wishful thinking and motivated reasoning has really managed to cover virtually every systematic obstacle to figuring out the truth known to man. But that’s also probably the best thing anyone can, remotely accurately, say about Gary Schwartz, and his efforts to mainstream pseudoscience and New Age woo is overall pretty disheartening.
Posted by G.D. at 1:46 AM