A.k.a. Michael Alan Weiner (given name) 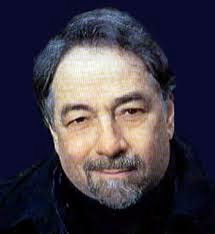 We cannot really skip Michael Savage although we really, really want to. This manic loon has managed to gain himself a certain influence among the most ridiculous segments of the far right, even though, as Brent Baker of the Media Research Center, put it: “From my listening to his radio show, he’s less any kind of a genuine conservative and more of an actor playing out a liberal’s caricature of how conservatives are hateful, mean, ill-informed, prejudiced and immature, a stereotype he regularly fulfills.” He has also written a couple of books, including the legendarily moronic Trickle Up Poverty and its sequel Trickle Down Tyranny, as well as a weird, semi-autobiographical stream-of-consciousness novel about a closeted, psychotic herbalist (yes, Savage was once a herbalist).

To avoid making this entry too long, we will just quickly mention a few of his endless number of submissions for an entry in our Encyclopedia. Savage is clearly qualified through his climate change denialism, his birtherism (also here), suggestions that the US is under attack from Satan, that Obama killed Breitbart, and that Roberts was drugged during the Obamacare ruling. Perhaps even more astonishing examples are his suggestion that the Obama administration were hoarding .357 hollow-point pistol ammo to be used to gun down senior citizens (you can make yourself a bet on whether the WND bought it), and his wish (Savage is Jewish) for a nationalist party with a charismatic leader.

Perhaps as a consequence of his pre-radio career as a quack (herbalist), Savage has also committed himself to full-fledge anti-vaccine hysteria, complete with a “liberal agenda” conspiracy.

There is a fair Savage resource here.

Diagnosis: The relative brevity of this entry is a consequence of our inability to sum up Savage’s hysterical insanity in human words and being exasperatingly tired of the guy. But dangerous, at least, he absolutely is.
Posted by G.D. at 12:55 PM