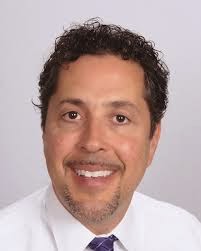 In the promotion and distribution of quackery and pseudoscience, the people are prey to two (partially) separate yet equally important groups: the cranks who concoct the pseudo-scientific bullshit and those who polish their PR strategies. Glenn Sabin’s main contributions belong among the latter.

Sabin is a board member for the Society of Integrative Oncology, where he is described as a “staunch proponent and leader in the area of integrative medicine”. He is perhaps most important, however, for his attempts to provide a narrative and framing for “integrative medicine” that may boost its sheen of scientific legitimacy. Indeed, Sabin has poised himself as a critic of “complementary and alternative medicine” (CAM), and even criticized its precarious relationships to evidence and rigorous testing. Instead, Sabin promotes “integrative medicine”, which is precisely the same thing but with a new name to make it sound fresh. As he puts it: “Today several integrative centers across the country still contain the words CAM in their name. This is both confusing to health consumers and damaging for these centers’ brand. Most clinics and centers launched during the last decade have evolved with their branding to include today’s more appropriate terminology of ‘integrative medicine’, ‘integrative services’ or ‘integrative therapies’.” (Also here.) Yep. Rebrand the quackery. That should help its reputation. I don’t think Sabin himself views it as a mere rebranding, but that’s what it is and Sabin himself pretty much admitted that it is all a matter of rebranding for PR purposes.

While CAM is often marred by the lack of evidence for its treatments, integrative medicine is different, according to Sabin: “Integrative medicine integrates proven therapies into conventional medicine. True, not all methods of mindfulness-based stress reduction techniques like, say, Reiki have a solid evidence base behind it, but in this case, many clinicians that offer services like Reiki do so because their clinical observations tell them that it helps many of their patients relax and may lessen the need of certain pain meds.” Yes, seriously – that’s what he says. Integrative medicine is better than CAM because – although not all (any?) integrative medicine practices have been backed by rigorous testing – they are supported by anecdotes. And no, Sabin apparently does not really understand how one distinguishes evidence from intuition in medicine or why it is necessary to do so. Here is Sabin on what he thinks about science and scientific testing, by the way, and what, accordingly, he thinks integrative medicine has to offer.

Oh, and it is not only “integrative”; it is “personalized integrative medicine”. That’s the label. The contents are the same as ever.

Diagnosis: It is hard to determine whether Sabin is confused or just cynical. In any case, his attempts to promote questionable treatments through various PR moves is doubtlessly harmful to society, and Sabin must be considered overall rather dangerous.
Posted by G.D. at 12:50 PM