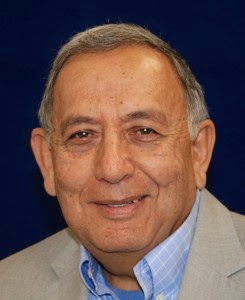 Robert Salas is a relatively well-known UFO author and alleged whistle-blower, and apparently something of a legend in the UFO community. Together with with Robert Hastings and James Klotz, Salas was behind The Echo Flight UFO Incident (March 16, 1967) and The Oscar Flight UFO Incident (March 24, 1967), both based on military incidents that allegedly occurred at Malmstrom Air Force Base in March 1967 but were later proven to be hoaxes. It does not seem, however, and despite the obvious fabrication of data, that Salas thinks of the events as hoaxes. An overview of the story and the claims involved can be found here. Basically, for the first “incident”, Salas et al. took as their point of departure an actual incident during which an entire flight of ten Minuteman Missiles was disabled by an electronic noise pulse within the logic coupler located in the launch control center of Echo Flight at Malmstrom, and claimed that the incident was the result of a UFO incursion. They procured plenty of witnesses, the main drawback being that when an attempt to confirm the claims of the alleged witnesses was undertaken all the witnesses Salas et al. had named insisted that the testimonies they were reported as giving were fabricated, that no UFOs were sighted, reported, or investigated, and that the actual cause of the missile failures was well established to be an electrical malfunction by those charged to investigate the incident. The authors were also shown to have altered facts about the event to make it more exciting-sounding. And so it goes.

The hoax got some attention through their attempts to take it to Washington in 2010. Prior to the meeting Salas confidently asserted that “the US Air Force is lying about the national security implications of unidentified aerial objects at nuclear bases and we can prove it.” He failed. Here is an apparently gullible interview with Salas.

Thing is, it is not entirely clear whether Salas et al. are themselves aware that the hoax is a hoax – probably not, insofar as they have used their (relative) fame to travel around giving presentations at various village idiot gatherings.

Diagnosis: Might possibly be a fraud, but is more likely just plain ol’ crazy. Relatively harmless.
Posted by G.D. at 12:56 PM